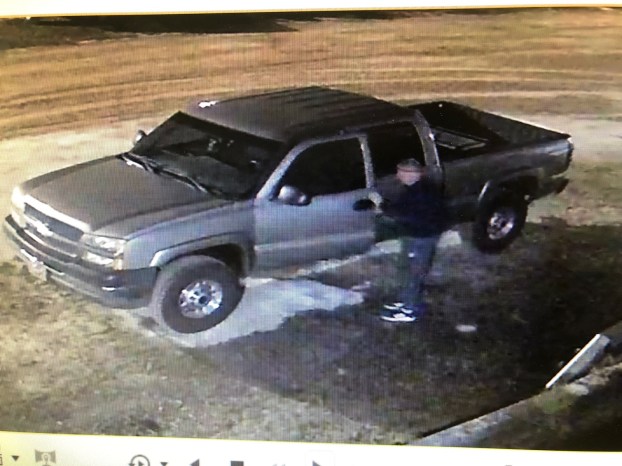 Shown is the suspect at the time the trailer was stolen from Johnson Ford. | Submitted photo

The Atmore Police Department is seeking information in regard to a stolen trailer from Johnson Ford.

Chief Chuck Brooks said in a release that on Jan. 3, the APD responded to a call at Johnson Ford in regard to a stolen trailer.

“Ben Odom, a manager at Johnson Ford, stated that someone came onto the property and stole a trailer that he described as an 18-foot black flatbed trailer with a dovetail that had rough cut timber for the flooring,” Brooks said in a release.

Brooks said if anyone has any information on the stolen trailer to contact the APD at 251-368-9141.

The Publican is almost ready

Step by step, piece-by-piece, The Publican is coming together. Atmore’s newest pub located on West Ridgeley Street, right behind the... read more