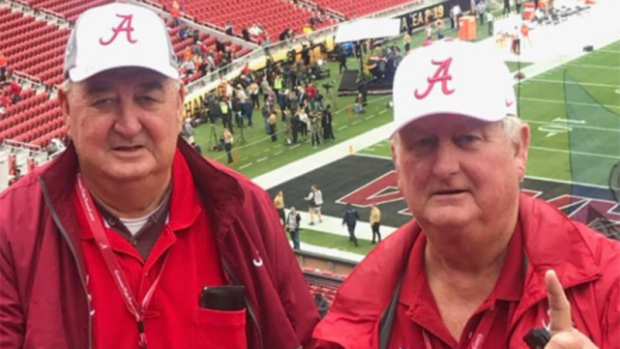 “We had always been big Alabama fans but were only able to attend one or two games a year,” Gary said. “We were both educators and had children in school.”

Jimmy served as a principal in Monroeville, and Gary coached in Uriah.

In the early 1990s, all of the Lamberts’ children finished school, which gave them a little more free time.

“We decided in ’93 to see if we could attend all the games. And we did,” Gary said. “After that, we greatly enjoyed the games, and we simply didn’t want to miss the next game.”

Gary said this turned into three years, five years and 10 years without missing a game.

“By this time, it became simply a habit of going,” he said.

Gary said after the championship game on Jan. 7 that they don’t know how long this will last.

“We do know that with aging and increase expense, it is much harder to do this than it used to be,” he said. “Needless to say, without the help and support of our wives, Barbara and Evelian, and family, we could not do this.”