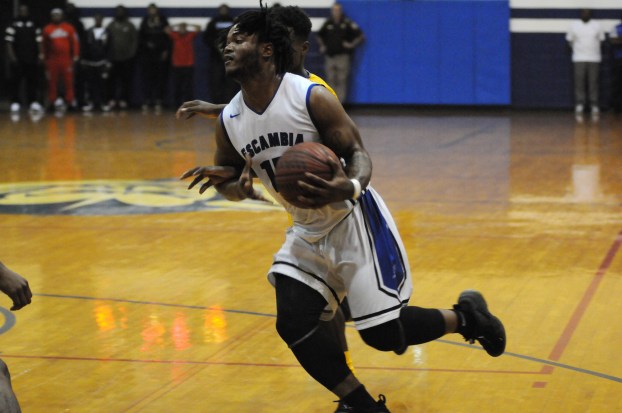 Blue Devils rise to No. 6 in latest ASWA 4A poll

Escambia County is No. 6 in the next-to-last Alabama Sports Writers Association Class 4A boys basketball poll, which was released today.

ECHS visits Vigor on Friday to finish the regular season.

Because Williamson defeated UMS-Wright in regular-season Class 4A, Area 1 play on Tuesday, ECHS plays UMS next Thurs., Feb. 7, at 6 p.m. at WHS in the semifinals of the area tournament. WHS plays W.S. Neal in the nightcap at 7:30. The area championship is Sat., Feb. 9, at 7 p.m. at WHS.

The winner and runner up of the area tournament advance to the sub regional.