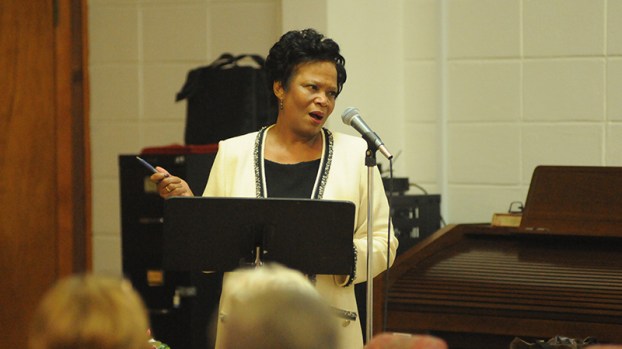 The dream will only stay alive if something is being done.

The Rosa Parks Breakfast is held each year to celebrate the contribution of Parks and other prominent African Americans in history. Parks was an American activist in the civil rights movement best known for her role in the Montgomery bus boycott.

On Dec. 1, 1955, Parks rejected bus driver James F. Blake’s order to relinquish her seat to a white passenger in the colored section after the whites-only section was filled.

Parks’ prominence in the community and her willingness to become a controversial figure inspired the black community to boycott the Montgomery buses for over a year, the first major direct action campaign of the post war civil rights movement. The federal bus lawsuit, Browder v Gayle, later succeeded in November 1956.

“It’s time for us to dream on,” Forniss said. “The journey is not complete. We have not overcome.”

Forniss serves as a client liaison for Goodwyn Mills Caywood, and previously as the division chief of the community and economic development division at the Alabama Department of Economic and Community Affairs. She is a Mobile native.

Forniss spoke about Dr. Martin Luther King Jr., and how fascinating it is that an unknown preacher took the lead at Dexter Baptist Church in Montgomery.

Forniss stressed the need to get up and do something, instead of waiting on somebody else.

Forniss said it’s everyone’s duty to decide what kind of America will be present in the next four or 40 years.

“We need to figure this out,” she said. “It’s time to stop imagining.”

During the breakfast, Jethro Dailey and Letha Bryan Walker were awarded the 2019 Rosa Parks Award in recognition and appreciation for their service in the community. The Atmore Family Life Center and citizens of Atmore presented the award.