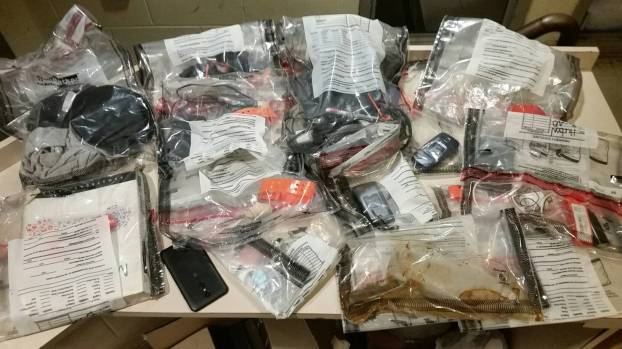 Sheriff Heath Jackson said that during the search officers located numerous items of contraband and homemade weapons and drugs.

Jackson said that numerous inmates in the ECDC will face additional charges due to the shakedown, and the case is being investigated.

This is the first major shakedown since Jackson took office last month. During his campaign, Jackson said he planned to crack down on issues, including contraband at the detention center.