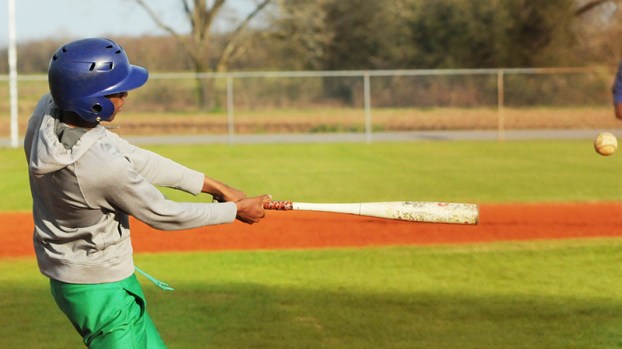 Escambia County is aiming to bring back a little fun to the diamond this season, Blue Devils baseball coach Kasuan Bullard said.

“I just want to see the guys bring some energy and life to the program,” Bullard said when asked about any season goals. “I want them to come out (Tuesday) and bring a lot of energy and confidence.”

Bullard was referring to the 2019 edition of the county tournament, which will be held in Atmore. The tournament begins tomorrow with W.S. Neal playing ECHS, and T.R. Miller facing Flomaton in the nightcap.

In tonight’s action, FHS plays WSN and ECHS gets TRM in the nightcap at 6. Then on Thursday, ECHS plays FHS at 6 p.m. with WSN going against TRM in the first game. A coin toss will determine the home team.

In area action this year, the Blue Devils will play in Class 4A, Area 1 against WSN, Williamson and Mobile Christian.

Bullard said area play is going to be tough.

“We’re in a tough area,” he said. “The top two of the area move on to the playoffs. Of course, coming into the season, the favorites are probably going to be Neal and Mobile Christian.”

Bullard said he’s excited to kick the season off.

“This is my first opening season up here in Escambia County, and playing against some new schools I haven’t seen before or again,” he said. “Hopefully, throughout the week, I’ll be able to feel everybody out and see what everybody is capable of doing. We just want to get off to a good start to the season, and I just want my kids to come out and have high energy and have fun.”