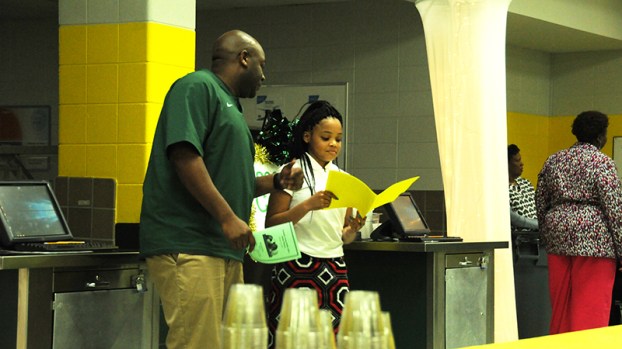 A lot of people will miss Escambia County Middle School Coach Layton Knight as he sets to leave soon for a deployment with the United States Air Force Reserve.

At present, the Air Force Reserve currently performs about 20 percent of the work of the Air Force, including traditional flying missions and other more specialized missions, such as Weather Reconnaissance (Hurricane Hunters), Modular Aerial Fire Fighting (MAFFs) and Personnel Recovery (Pararescuemen), according to the reserve’s website.

Knight has been in the military for some 10 years. His specialty is as an electrician.

Knight said he joined the air force because of the job availability. He added that he’ll never leave his job as a teacher and coach at ECMS and Escambia County High School.

He said the sustainable job opportunity within the air force and in the civilian life is also why he chose the air force.

“I got a lot of guys who are electricians that do outside jobs as well,” he said.

Knight said he went to West Alabama and played basketball for college, and signed up right afterward for the air force. He has an associate’s degree in electrical engineering and a master’s degree in education. Knight also studied at the Community College of the Air Force.

Before leaving for his deployment, Knight said he plans on spending time with his family, which includes wife, Chelsea, and two boys, Lennox and Layton Jr.

He said he’ll miss all of the kids at school.

“I’m a big mentor to all of the kids,” Knight said. “The kids really look up to me in the high school and middle school. That’s the reason I want to come back and teach here. I don’t want to leave. I love it here.”