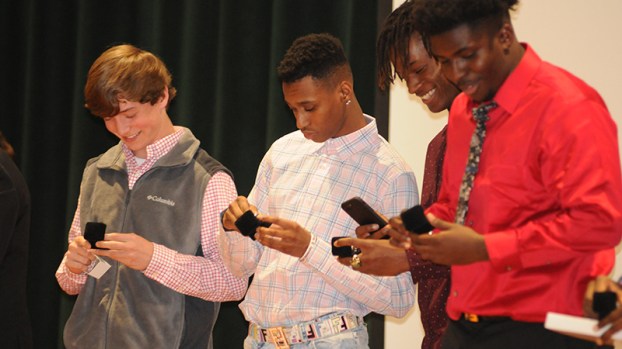 The Hurricanes defeated Piedmont during a state title game in Auburn last fall to win its first in school history.

During the ceremony, head football coach Doug Vickery said the season was all about a journey and God surely blessed the team.