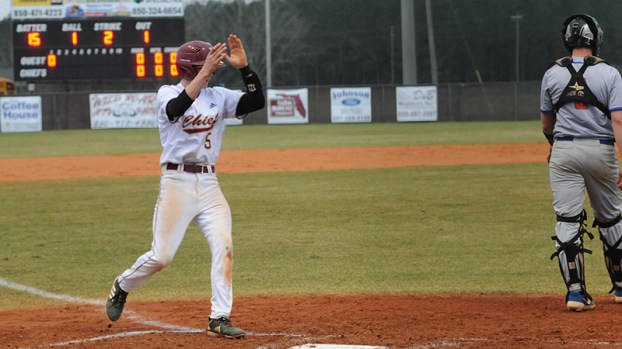 Northview needed just over an hour-and-a-half to win its game tonight.

Tanner Levins pitched a complete game, striking out three and allowing one run on nine hits to help lead the Chiefs to a 2-1 district road victory over Freeport, Fla.

Behind Levins, Northview put together a solid game in the field, only coming one error and stringing together two double plays. According to the Chiefs’ Gamechanger account, their fielding percentage was right at .958.

Ben Wilson led NHS, going 1-for-3 with an RBI; Nick Venable, Taylor Wilson, Seth Killam and Jacob Bryant had one hit each.

Clark, McVay and Johnson had two hits each for Freeport.

During last night’s game, Killam threw a four-hitter in 6.2 innings, striking out 11 and allowing one run.

Northview scored three runs in the first inning, and two in the second and went on to beat Freeport, Fla.... read more