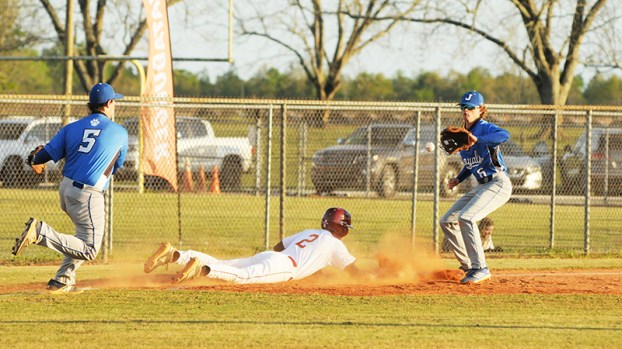 The Chiefs beat the Royals 5-0 Thursday, and won 3-2 on Friday, gaining the outright lead in district play.

NHS (4-0 in district) will play Baker, Fla. tomorrow and Friday in a key district bout. BHS is 3-1 in district play.

“Jay played a great game,” NHS coach Jeremy Greenwell said after the Chiefs’ March 29 game. “Their coaching staff does a great job. We kind of got lucky. Seth (Killam) pitched a great game. It was a great team win.”

Killam struck out 10 batters and allowed two runs on four hits in a complete game on the mound.

During the 5-0 victory, Venable and Bryant had two hits each; and Moore, Killam and Levins added one hit each.

Levins had four strikeouts and allowed no runs on six hit in the complete game.

Prewett: I don’t think anybody in that locker room was surprised that we won

“I don’t think anybody in that locker room was surprised that we won.” That’s what Auburn director of basketball operations... read more