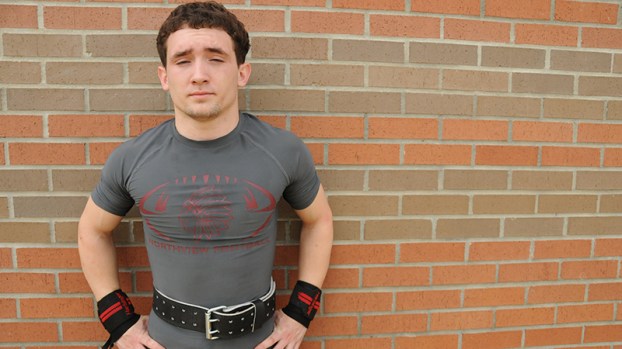 Kite recently won the 129-pound region championship and earned an automatic bid to the FHSAA State Championship Weightlifting meet, which will be held this Sat., April 13, in Panama City, Fla.

Kite totaled 400 pounds on his two lifts at region, and beat the second place lifter by 30 pounds overall. This is his second consecutive region 1-1A championship.

Kite said it took a particular mindset to win the region.

“That week is all about your mindset,” he said. “Throughout the week, it’s about your lifts and what you’re going to do. There are three lifts. You want to get the three lifts right.”

Kite said he is aiming to translate his region success to the state round.

“Coming in first or better than something I got last year,” he said when asked about this year’s goal. “That’s all I worry about — is competing against myself more than anybody.”

Kite said lifters are scored on two different lifts — the bench press and the power cling. He said lifters have three opportunities on each lift to gain the maximum amount of points to place.

The scoring, he said, is based on how lifters come down with the bar to one’s chest and then lifting it back up during the bench press. He said lifters’ arms must be erect fully to gain points.

To get ready for the competitions, Kite said he goes through a round of activities to get his blood pumping.

“First off, you can run a mile to get the blood pumping, and just do different kinds of things,” he said, “like box jumps to get your legs ready for clings. For bench, I do things like dynamic pushups. You go down hard, and pop right back up.”

The junior said he got into powerlifting during his sophomore year. He said his uncle got him into the sport, which he plays in addition to football.

Kite is the son of Jonathan and Christy Kite of Walnut Hill, Fla.