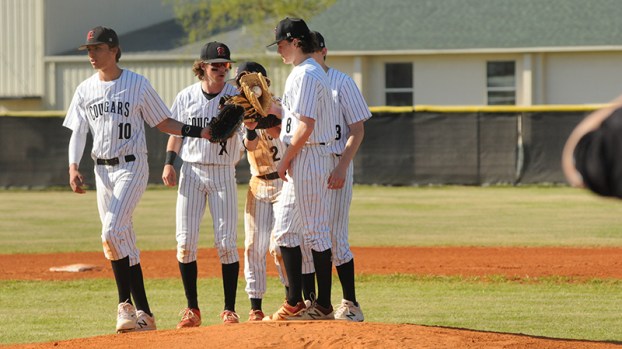 When Escambia Academy seniors Chase Bell and Jackson Bonner were sophomores, they vowed that the Cougars will advance past the region championship.

The seniors have the chance to start that process today as they host Pickens Academy in the AISA Class 2A first round. The best-of-three series begins at 2 p.m. today. 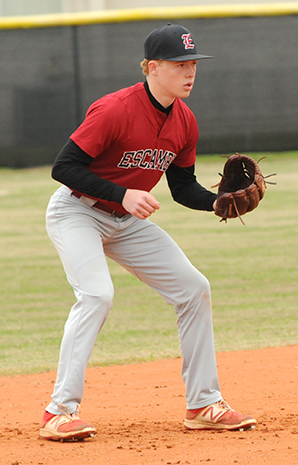 “This is it for me as far as playing in high school goes,” Bonner said. “Tomorrow or Saturday it will be the last time I’ll play on this field. That will be a lot of motivation for me. I’ve been playing baseball here for seven years.”

In 2017, EA traveled to Macon East, and lost in three games.

Bonner said the sophomores decided then that their goal was to make it to the Final Four state tournament.

So far this season, EA has seen success on the diamond. The Cougars started off hot, but tempered a bit leading into the postseason, Bonner said.

Bell said this season’s main story has been surprising others.

“We surprised a lot of people just because we’re not normally known for coming into the season as strong as we did,” he said. “Toward the end, we got satisfied and were kind of good and we were beating teams we don’t normally beat. Right at these last couple games, we’ve struggled, but we started to find it toward the end.”

“We were 11-1 maybe and after that, we went on a big losing streak,” Bonner said. “The big thing for us is to never be satisfied with a victory. We can always push harder, and get that extra step. That’s a big thing for us this season.

“Personally, I haven’t played as well as I could have,” he said. “It’s been a big learning factor for me. I’ve been content because I’ve been working hard enough. The thing about it is that you never can truly work hard enough.”

Bell said the big key for the Cougars tomorrow is hitting the ball.

“It was kind of like about the caliber of team where we were at first of season,” Bonner said. “We put the regular season behind us, and started out fresh and brand new. Everybody came out here Tuesday at practice and we were all excited, and ready to be out there and work. Everybody looked good, everybody looked fresh and I think everybody is motivated.

“We worked hard all week,” he said. “We’ve been out here until 7-7:30 every night, and the big thing was working hard and putting what happened in the regular season behind us.”