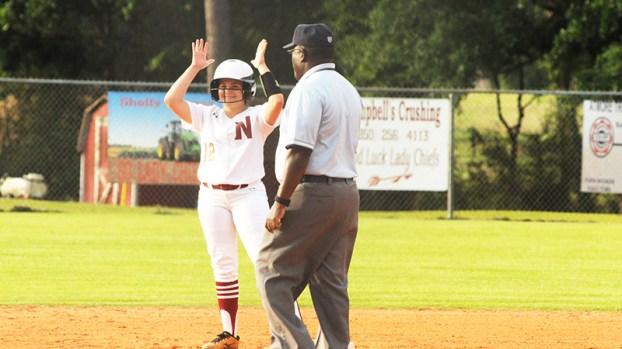 Northview beat Baker, Fla. 12-0 on April 18 and claimed a 2-0 win over Paxton on Monday in recent softball action.

The Lady Chiefs (16-4) played Flomaton on Tuesday, and game details weren’t available when The Atmore Advance went to press that night.

NHS scored two runs in the bottom of the third inning during the win over Paxton.

Tori Herrington struck out five batters and allowed two hits. She went 1-for-3 with an RBI at the plate. BB Watson went 1-for-3, and Valen Shelly went 1-for-2 with an RBI. There were no errors reported on defense.

Against Baker, Herrington allowed one hit and struck out eight batters in 6 innings for the win.

Northview is set to play next Tues., April 30, at 5 p.m. against Freeport in the first round.