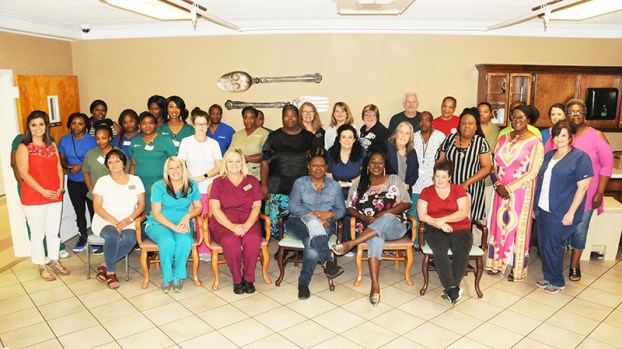 Administrator Morgan Smith said May 3 that the survey is an annual survey, and includes two parts.

“One part of the survey is nursing, and the other is like a building inspection, it’s called Life Safety,” Smith said. “These are unannounced so we don’t know when they’re going to happen. This is the first that we’ve known of in at least 32 years that we received a superior rating from the Alabama Department of Public Health.”

Smith said one of her employees said getting the passing grade was like winning the Super Bowl.

Smith said the process of the survey is detailed in that it includes everything from hand washing, medication passes, kitchen and laundry inspections and sanitation inspections, to name a few.

“It’s everything,” she said. “We’re excited that we passed.”

ANC has an employee population of about 120 people, including subcontract employees.

Butcher’s Market to open May 7

Logan Walston sees buying a quality piece of beef as a necessity. Walston is the owner of The Butcher’s Market... read more