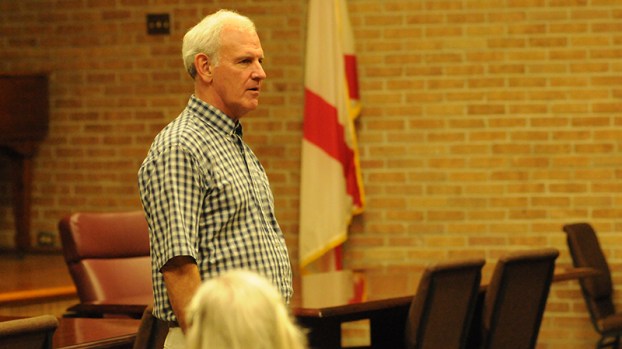 Rep. Bradley Byrne said Monday that the Trump Administration’s issuance of a final rule that includes Medicare Wage Index reforms is a shot in the arm for hospitals all over the state of Alabama, especially in rural hospitals, during a town hall at Atmore City Hall.

Byrne said he was told by the Alabama Hospital Association that the final rule — the MedicareHospital Inpatient Prospective Payment System (IPSS) — will help hospitals all of the state.

He said when Medicare pays for a service at a hospital, there is a scale for how they pay based on the cost of living.

“They have what’s called the Medicare Wage Index to determine that,” he said. “It’s been messed up over time. It just got worse and worse.”

Byrne said the average hospital in Alabama is getting 20 percent less than other hospitals in America.

Byrne said through an effort his office spearheaded with Seema Verma, administrator of the Centers for Medicare and Medicaid (CMS), hospitals in Alabama will get more from Medicare payments. The rule goes into effect Oct. 1, 2019.

“This is something that the hospital association came to me about very soon after I was elected,” he said. “They said we need somebody to be our champions on it in Washington. My first couple of years, we didn’t get to square one.

“When President (Donald) Trump came to office, Administrator Verma came and met with a group of us. She made this proposed rule change, and four months ago, it finalized. It’s not the end of the line with what we need to do for those hospitals, but it’s a huge step forward.”

In unrelated news, the Escambia County Healthcare Authority, which operates and owns Atmore Community Hospital and D.W. McMillan in Brewton, is in discussions with the Poarch Creek Indians for a land swap where ACH sits and a 10-acre piece of land just south of the Rivercane Development on Highway 21.

Byrne also was asked about the China tariffs issue, and how it effects farmers, especially.

“Farmers want to be able to sell their product on the market reflects a decent price,” he said. “I think China is a major problem of the United States, and I think it’s extremely important to get this right. I hope the president can work something out on the side of China.”