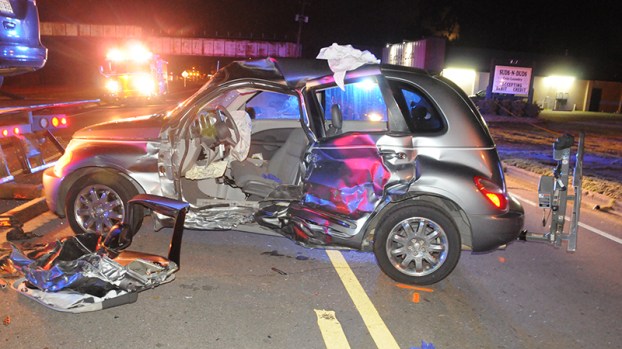 An Atmore woman died in a two-vehicle traffic accident Thursday night at the intersection of Highway 31 (Nashville Avenue) and Wilson Avenue, according to police officials. 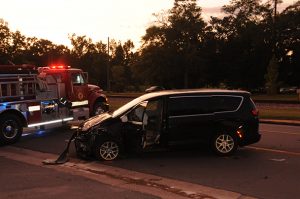 Chief Chuck Brooks said in a release that at 6:38 p.m. on Aug. 15, the APD and Atmore Fire Department responded to the scene of the traffic accident.

Brooks said Emma Joan Fillingim, 87, of Atmore, was pronounced deceased at the scene. Fillingim was driving a 2008 Chrysler PT Cruiser, according to the APD.

According to the release, a 62-year-old passenger, of Atmore, and a 28-year-old second driver of Bay Minette, were transported to North Baldwin Infirmary by ASAP Ambulance. The second vehicle involved in the traffic accident was a 2017 Chrysler Pacifica.

The names of the others involved in the traffic accident haven’t been released as the wreck is under investigation.

The APD, with the assistance of the Alabama Law Enforcement Agency, is investigating the traffic accident.

This post will be updated as more information becomes available.