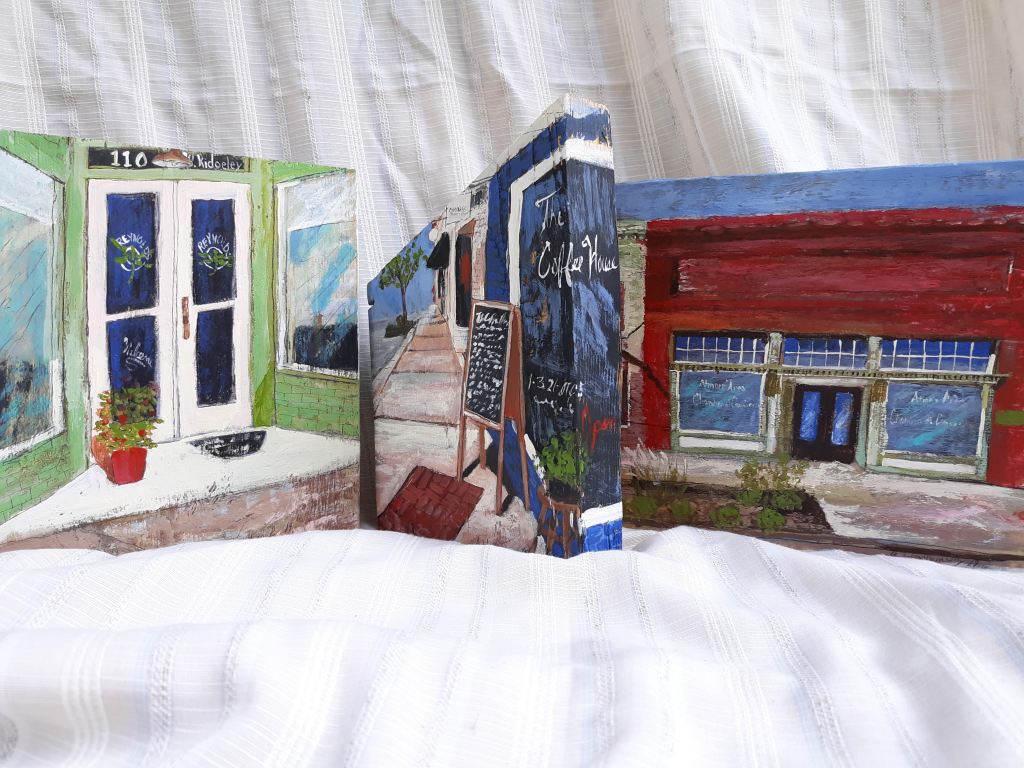 At 19 years old, Andrea Guy Windham knew she had something special.

Windham, who was born in Atmore, is a featured artist at this year’s Williams Station Day festival, which will be held this Saturday. She also painted the third little library, which is going to be dedicated tomorrow at Heritage Park.

Windham said she likes art because it’s important to her.

“I’m very, very dyslexic, and that’s something that you never get rid of,” she said. “I got held back in the second grade because of my dyslexia. I knew something was wrong, an everything was all jumbled up in my head. Art was my solid, and it always has been.

“Art helped to be good at something when you know you’re not getting these simple things,” she said.

Windham started painting when she was 12 years old.

“My grandmother (Audrey York Helton) always gave me the gift of oil paints and one page of instructions,” she said. “That’s how I started painting. By then, I did one art contest in school, and I was always working out and making things.

“When I was 19, I knew I had something special,” she said. “I did these textured flowers on canvas with oil paint. they were gorgeous and special. In my early 20s, I had a showing in Mobile with those pieces at Cathedral Square Gallery.”

“On my blocks, I paint up the edge and have things bend or fold around the edges,” she said. “I start with acrylic and throw some pen and ink in there, an might throw oil on it as well.”

Windham said she’ll paint on anything, and wood is her go to.

“I like older things,” she said. “That’s where the environmental thing comes in.

“I’m trying to not be wasteful,” the former forester said. “I thought the more battered the age, the better it is and the better the painting comes out.”

On the little library design, Windham said it features a red caboose on the left front corner, and a guy on the back of the caboose. There is a lady with a pretty red dress, and the scene goes around and a locomotive is painted on one side with the tracks and a lot of workers, she said.

“It was kind of based over by the Central Farm feed store by the silos by the tracks,” she said. “There is an empty car. On the one side, there is graffiti, and it says ‘Atmore Pride’ on a single train car.”

Windham said her art sold well last year during WSD, and is looking forward to this year’s festival.

“People like a hometown girl,” she said. “Last year was kind of a restart for me to try to get back into what I needed to do. I did so great at Williams Station Day, and I was surprised at how well and inviting everything was.”