Webb Nall will always be known as the “Pepsi Man.” 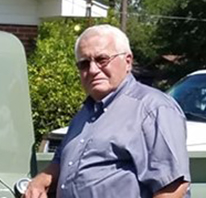 After 52 years of working at Pepsi Bottling Co., Nall is retiring.

His official last day with the Atmore company was on Oct. 29.

Nall began his tenure at Pepsi in 1967, working for Hooper Matthews II, according to Atmore Advance archives. He earned his title of “Pepsi Man” while as a truck driver for the company.

Nall, who has lived in Atmore all of his life, began working for Pepsi in his mid 20s, and worked his way up to vice president.

Nall said he takes pride in the fact that he’s been working since he was 13 years old. Additionally, Nall has taken a pay check every Friday since then.

Through his work, Nall became a fixture in the community.

He has served on the Atmore City Council for more than 20 years, and on a couple chamber boards in Flomaton and Bay Minette, to name a few.

Nall grew up in an average home and is one of six kids. He is the oldest of the bunch.

Ever since he’s worked at Pepsi, Nall said he’s tried to work by one motto.

“Treat people like you want to be treated,” he said in the Atmore Advance’s 2016 Progress. “Just be of service to the people. Here in the Pepsi business, that’s the one thing I’ve always stressed, is service.

Additionally, for about 20 years, Nall volunteered his time with the Atmore Cal Ripken baseball and recreation league.

Nall is married to Frances, and the couple have two children, Keith and Richard.