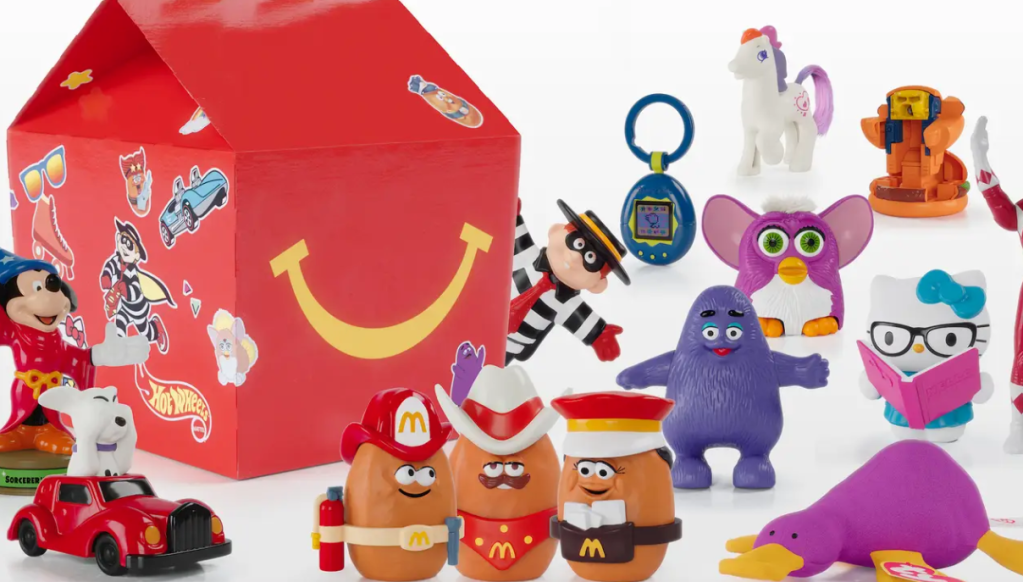 Everyone loves throwbacks and the local McDonald’s is no exception.

According to McDonald’s officials in a press release sent Friday, to celebrate the 40th anniversary of the first-ever Happy Meal, the fast food giant is launching the limited-edition Surprise Happy Meal with some of its most popular Happy Meal toys from the last four decades.

Even, adults can get excited about that.

The Surprise Happy Meal will be available in more than 90 countries around the world for a limited time beginning Nov. 7.

Those in the U.S. can get in on the celebration until Nov. 11, while supplies last.

Families across the country can collect one of the 17 iconic toys in the Surprise Happy Meal, including:

“Since the Happy Meal was introduced on the menu, it quickly became synonymous with our brand,” said Steve Easterbrook, McDonald’s CEO. “Today, this iconic red box creates delicious, lasting memories for billions of families annually across the world.”