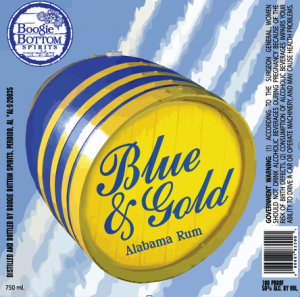 Eddins celebrated his new rum label during a birthday and anniversary party on Oct. 12.

Blue & Gold is a proper offering to appease King Neptune, whose fury and anger regularly blows onto Alabama’s Gulf Coast, and we need to show respect for high tides and high winds, according to a release.

The XRAY ZULU signal is up at Boogie Bottom Spirits in Perdido, about 273 feet above Mean Sea Level in Mobile Bay, according to a release.