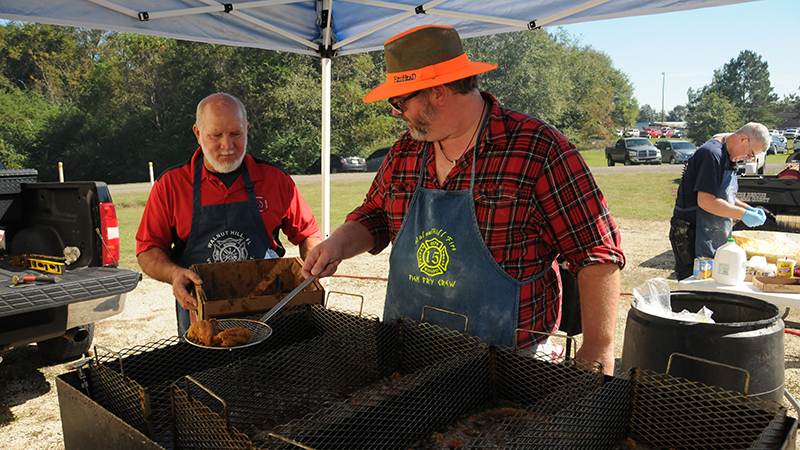 The fundraiser is held each year to raise funds for equipment, for families who may be in need of a donation.

Serving up homemade hush puppies, WHVFD firefighter Arthur Levins, who has been with the department for 38 years, said the fire department opened in 1964, and was incorporated in 1965.

The fundraiser served mullet during its first years between 1969 to 1981, but went to catfish going forward, Levins said.

This year, the fire department served up 350 pounds of fresh fish, and 120 pounds of chicken. Additionally, grilled fish, homemade rolls, baked beans and cole slaw, along with dessert, were featured items on the menu.

Firefighter Jerry Steege said planning for the fundraiser began in early October. The event is so big, he worked on the logistics for it every day, he said.