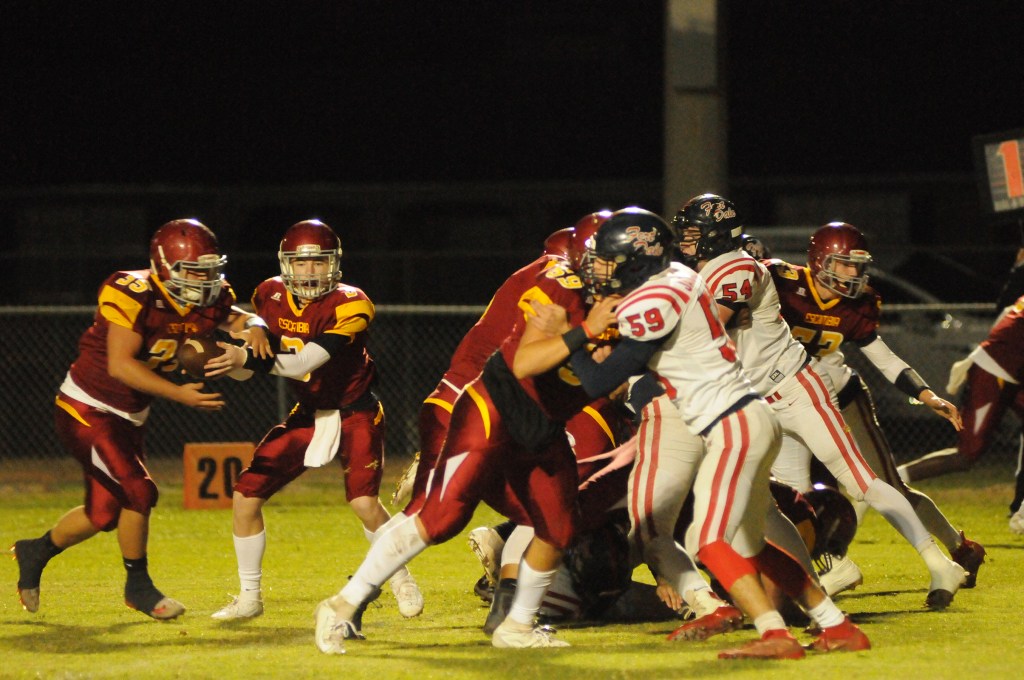 Escambia Academy is going to control how it plays tomorrow night as the Cougars host Lakeside Academy in the quarterfinals of the AISA Class 2A state playoffs.

EA head football coach Hugh Fountain said Wednesday that while Lakeside is 2-7, they have played five of the top 10 teams in the state this season in Autauga Academy, Crenshaw Christian, Tuscaloosa Academy, Edgewood and Glenwood. All five were losses, the closest coming against Edgewood in a  35-28 decision.

Fountain said the players are working hard this week to get better. He said Lakeside has good size, and skill players who want the ball.

“For me, it’s been very hard to read them,” he said. “They have good size up front, and skill people who battle for the ball. I think it’s going to be a tough game. We need to come in focused, and not come in and make a lot of mistakes. We’ve got to continue to play like we played last game.”

Fountain said a big part of the game that changed for them was limiting turnovers.

“We’re not turning the ball over,” he said. “We came back and changed it during practice a little bit.”

Kick off in Canoe tomorrow is at 7 p.m.