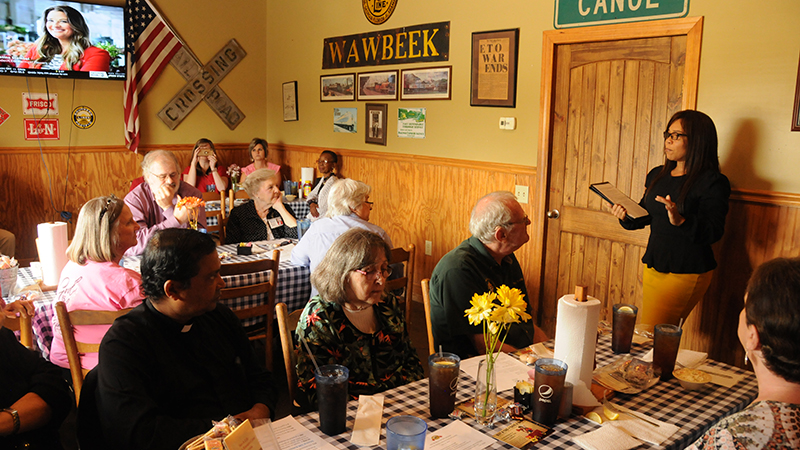 The WRC provides a range of services that offer care, counsel and resources to anyone facing a pregnancy. The center’s staff offers support and options counseling that assists clients in making life-affirming choices for them and their child. The resource center is a faith-based ministry.

“I also like you wondered what I could do since I had this passion,” Lee said. “What I could do to make a difference as well. A few years ago, the desire to do something became stronger and stronger. I started praying to help end abortion.”

In 2017, Lee said she began to give money back to women’s centers and churches as well, along with working in the community, however.

“I felt like I was called to do more,” she said. “What else could I do? I began making myself available to mentor younger girls.”

Lee said she made herself available young girls, and found a lot of satisfaction by talking with them about not having abortions.

“You have to have the perfect words for that person,” she said. “To see those girls choose to give birth to their babies has been everything to me.”

Lee, who has children herself, graduated from high school at 16 years old. She was the youngest of 13 children.

“Going to college at 16 was blowing my mind,” she said. “I was free, grown and I began to look at love at all the wrong places. I went through a lot of bad relationships, and alcohol.”

She said while studying for a degree in computer programming, she found out she was pregnant.

“By the advice of the counselors, I went to the planned parenthood center down the street,” Lee said. “The employee who helped me, she encouraged me, showed me pictures.

“I did what she said, by getting rid of it,” she said.

Lee said she went back to doing what she did before, and found herself in the same situation.

“It was OK until the last time I was pregnant,” she said. “They told me, ‘if you go through with this, you can’t have more children.’”

Lee said she realized that she needed a change of heart, and now has children of her own.

She said when all aligns themselves with saving lives, they align with God.