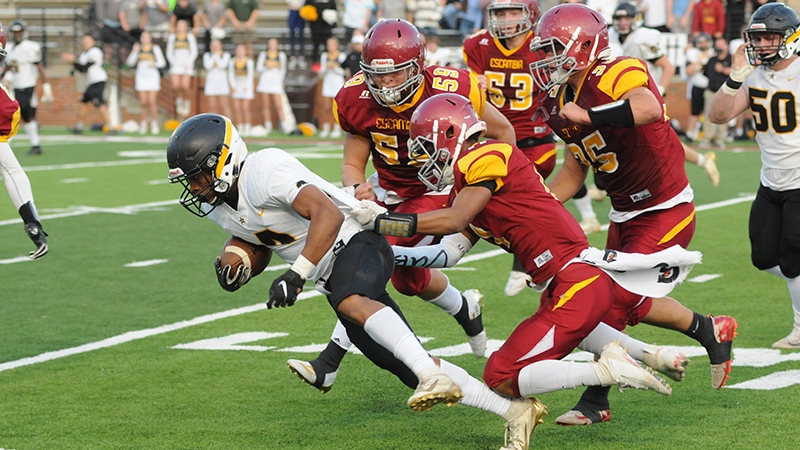 The Generals and Cougars were locked in a defensive battle during the first two quarters, but AA broke lose and scored 16 unanswered late in the third.

EA couldn’t get anything going on offense, accumulating 218 total yards in the loss.

Defensively, the Cougars played well, only allowing 270 yards on the gridiron.

For the game, EA racked up 140 yards of penalties.

When asked whether he felt like the penalties had any effect on the game, Fountain said they were big in the loss.

“I’m not saying it was the calls,” he said. “Every time we had something good going, we’d have a penalty.”

In the third quarter, AA quarterback Octavious Palmer found Jakarian Willis for a 5-yard, fourth down touchdown pass with 32 seconds left. With the 2-point conversion, the Generals led 15-6.

With the Cougars driving, the Generals scooped up an errant fumble 33 yards for a score and the 17-point lead.

Earlier in the first half, AA’s Tyreshon Freeman scored a 10-yard touchdown run in the second quarter for a 7–0 lead.

EA answered a short time later when quarterback Landon Sims found Ty Williams on a 28-yard scoring pass with 9:35 left in the second.

Tre Cutler led AA with 114 yards on 14 carries. Freeman added 58 yards on nine and a score.

Palmer went 13-of-17 for 96 yards and a touchdown. Teddy Harris and Raymond Cutler had 37 yards each in receptions.

Fountain said he was proud of the boys’ efforts, especially those who can claim that they made it to the championship game four straight years.