Randell Gordon Nichols Jr., 28, passed away on November 29, 2019, as a result of injuries sustained in an automobile accident in Atmore. 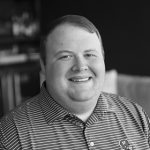 Mr. Nichols was an Atmore native and current resident of Birmingham. He spent his last day in Atmore celebrating Thanksgiving and passionately rooting for his team, the New Orleans Saints, with his family and friends.

Mr. Nichols graduated from Escambia County High School in 2009 and attended the Marion Military Institute for one year before transferring to the University of Alabama, where he graduated with a major in marketing and a concentration in real estate. After college, he began his career in commercial sales and recently accepted a position with a national real estate advisory and property management firm in Birmingham, where he was pursuing his long-held interest in commercial real estate.

In the close-knit Atmore community, Mr. Nichols was a well-known face who would always light up a room with his presence. An old soul and consummate Southern gentleman, he was the first to say hello and stand to greet a woman.

He began working at a local veterinary clinic at the age of 11, a job he kept until he graduated from high school. He was also a lifelong member of the First United Methodist Church of Atmore and was a starting offensive lineman for the Escambia County Blue Devils from 2006 through 2009.

At Alabama, he joined the Sigma Chi Fraternity and cast a large circle of friends on campus, who were endeared to his quick sense of humor, big hugs and unyielding loyalty. He had a special knack for making those around him laugh and particularly enjoyed impersonating friends, teachers and celebrities, often answering his telephone in the voice of the person calling.

His favorite places in life were the Sigma Chi house, Escambia County High School, his hunting camp in Claiborne, and, most important to him, his family home in Atmore.

Mr. Nichols was a devoted son, brother, grandson and friend who harnessed his overriding love for people toward a higher calling, never tiring of bringing those closest to him together for fun and fellowship.

He will do so one last time, tomorrow, Thursday, December 5, 2019, at 4 p.m., when friends and family will gather at Hodnette Auditorium on the campus of Escambia County High School in Atmore for a Celebration of Life and to cherish the memories he left behind. In lieu of flowers, the family asks that donations be sent to the Escambia County High School Randell “Gordon” Nichols Jr. Scholarship Fund at 1215 S. Presley St., Atmore, Alabama 36502.