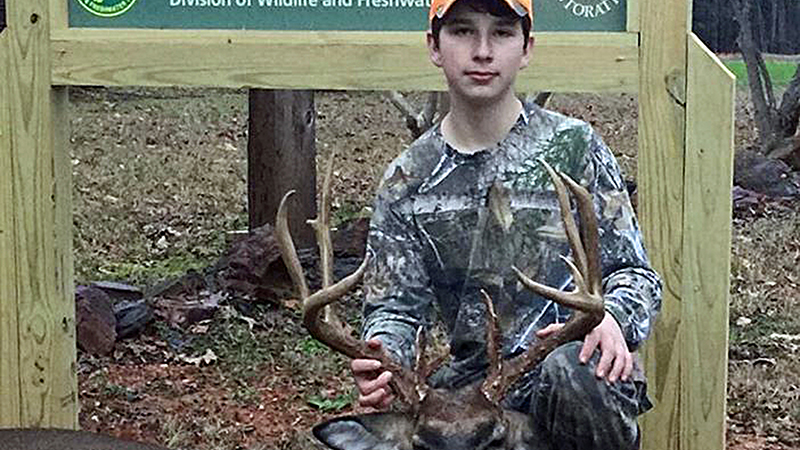 Depending on where they pursue white-tailed deer, hunters in Alabama may be experiencing a wide range of deer breeding activity from pre-rut, and peak rut to post-rut.

Studies by wildlife professionals indicate that rutting activity is most closely associated with the heritage of the deer in a particular area. The diversity of breeding activity, known as the rut, is a result of stocking efforts early in the 20th century, when deer populations in Alabama were in dire straits. Over harvest and a lack of game management had isolated deer to pockets around the state, mainly in southwest Alabama.

Restocking efforts included trapping and relocating deer from southwest Alabama, mainly from the Clarke County area, as well as bringing in deer from other parts of the United States. Deer were transported from Arkansas, Georgia, Michigan, North Carolina, Ohio, Texas and Wisconsin.

For the most part, the transplanted deer maintained their native rutting activity, which means Alabama hunters can hunt the rut in one part of the state or another for most of deer season.

The Alabama Wildlife and Freshwater Fisheries (WFF) Division has developed a resource that provides a quick guide for expected rutting activity in your particular area. The Alabama Deer Rut Map, available at www.outdooralabama.com/sites/default/files/Hunting/Deer%20Hunting/2019%20Alabama%20WFF%20Deer%20Rut%20Map.pdf provides a user-friendly way to find the timetable for rutting activity around the state.

“The map is based on historic stocking information, the herd health assessment we do in the spring and our fetal collections,” Sykes said. “Basically, you can look at that map, and, unlike most other states, we have multiple ruts based on our historic stocking.

“If you go hunt in Illinois, every deer in the state will be rutting the first 10 days to two weeks of November, depending on where you are in the state and the gene source of that herd. In Alabama, you can hunt the rut in November, December, January and February.”

Sykes said that provides Alabama hunters a unique opportunity to hunt the rut for most of deer season if they follow the map and are willing to travel to different parts of the state. Although hunters may have their own definition of the rut, whether it’s building scrapes or bucks chasing does, Sykes said the map is based on fetal studies that pinpoint when the does were actually bred.

“That map corresponds with a ton of public hunting land,” he said. “Some of the WMAs (wildlife management areas) have bonus bucks where it doesn’t count against your state three-buck limit. Some of the WMAs that have that early rut will actually have a couple of days of gun season before regular gun season comes in. There’s a lot of opportunity for someone.

“Honestly, you can use that map to plot your hunting for next year. You can look at the map and see when the rut is expected at the Oakmulgee and Choccolocco WMAs or Bankhead National Forest, and you can plan you some time off to hunt those WMAs during that time period. You don’t have to all your time off during January. You can take some in November, some in December and a little more in January, and you can hunt three different peak ruts.”

I received an email recently from a hunter who, after looking the rut map, wondered if he could have deer on his hunting property with different genetic backgrounds. The answer is yes.

Sykes has a perfect example of one location where deer rutted at different times on the same piece of property. Before he became WFF Director, Sykes managed a hunting plantation in Lee County on the Georgia border.

“On one piece of the property, the deer had come over from Georgia and rutted the first week of December,” he said. “Across the road on the other side of the property, it was the traditional, late-rut Alabama deer. So you could hunt the peak rut on that one 5,000-acre piece of property multiple times. You had the rut the first week of December. Then the does that didn’t get bred during that first cycle came back in during the first 10 days of January. Then the Alabama deer kicked in about the 15th to 20th of January. Even before the February extension, we could actually hunt three different phases of the rut on that one piece of property.”

Social media has once again this season been filled with photos of huge bucks that have been taken across the state, several from some of the more popular WMAs.

Sykes said most likely those big deer were taken in areas other than food plots.

“From my personal experience, we had a bumper acorn crop,” Sykes said of his hunting land in west central Alabama. “Until last week when the (Tombigbee) river came up, the deer weren’t using the food plots much. They were staying in the woods because they had plenty to eat. From what I understand, it was hit or miss throughout the state. In the areas with really good acorn crops, the people who went in the woods to hunt killed some really good deer.”

Sykes said he wouldn’t be surprised if the deer activity shifted toward the wildlife openings in the next few weeks.

“We’ve had so much water lately, and the acorns are being thinned out, so I think the activity around the food plots will kick in a little stronger,” he said. “But I’m excited about that tremendous acorn crop. The turkeys ought to be fat as pigs come springtime because they had plenty of acorns to fatten up on. And the wood ducks too. In fact, I took Syd (his dog) and killed a limit of wood ducks on a water oak flat that was under water. It was full of acorns and full of ducks.”

Thankfully, very little news has developed on chronic wasting disease (CWD) in deer so far this season. CWD-positive deer have been confirmed in Mississippi and Tennessee, but Alabama is making every effort to keep the disease out of the state through strict enforcement of the ban on the importation of deer carcasses.

Alabama hunters still have the opportunity to have their harvested deer sampled at locations around the state. WFF has set up freezers in strategic locations to accept the samples. Visit https://www.outdooralabama.com/cwd-sampling for a list of freezer locations.

The instructions to have the animal tested are:

Hunters will receive the results of the samples within three to four weeks.

Starbucks to break ground in Atmore