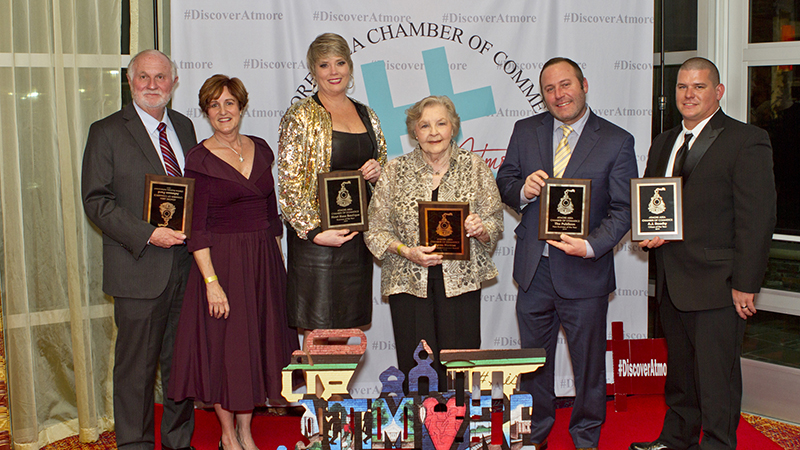 Officials said the 74th annual Chamber Gala held by the Atmore Area Chamber of Commerce was a big success.

Executive Director Emily Wilson said she felt the event, which was held on Jan. 24, was fantastic.

“The feedback that we got was really fantastic,” Wilson said. “Somebody I know overheard a man say, ‘this event gets better and better.’

“We learned a lot last year with it being our first year having it in the venue (Wind Creek Casino and Hotel),” she said. “Last year, we realized that it was a little too full. We had a comfortable and manageable crowd.”

Wilson said the event was 100 percent sold out, and even Secretary of State John Merrill attended the event.

“To know that the secretary of state took time out of his schedule to come to little ol’ Atmore, that was a big deal,” she said. “Everything we had to do went off right on time. Wow were cognizant to have an effort to make sure the event was timely and didn’t linger.”

During the gala, the chamber announces its annual awards given to individuals and businesses that have made a big impact on the community.

“I could not be more thrilled for the winners,” Wilson said. “Each one of them truly changed the landscape of Atmore in their own way. I think that’s really cool.

“David (Strawbridge) with The Publican, that filled a need in Atmore because we needed a place to go after 5 p.m.,” she said. “Johnson Ford has been a business here forever, and the amount of people they bring into the community – they come to shop with them. Ms. Myrna has been behind the scenes forever. (Hawt Mess Owner) Sarah (Smith), you’ve got to love her contributions with her business.”

A complete story will be in Wednesday’s paper.