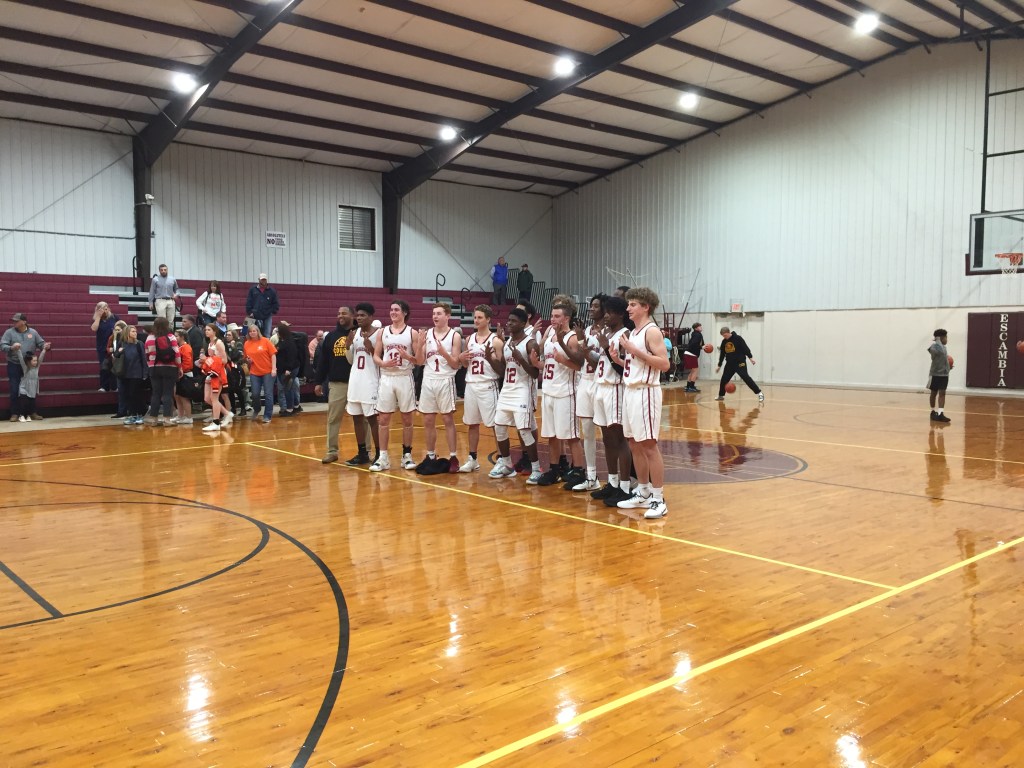 Escambia Academy was in control the entire game.

The Cougars used that feeling and beat Monroe Academy 52-48 Monday night to win the AISA Class 2A, Region 2 (Area 2) championship in Canoe.

EA coach James Smith said he kept telling his players that they were still in control of the game.

“The one thing, if anybody understands the game of basketball, I was telling my kids that we were still in control of the game,” Smith said. “You have to know that there is no reason to rush. Being a former basketball player, you understand what they’re going through.

“(Assistant coaches) Coach Larry and White do a good job of making sure our players are grounded,” he said. “You could see a sense of panic on Monroe’s side.”

In the final moments of the game, EA gained a lead it would never relinquish.

Tiquale Taylor hit a jump shot to cut the Vols’ lead to one at 45-44. Bryant Quimby added a field goal after a rebound to tie the game at 46 with less than 3:30 to go.

Taylor then added a much-needed jump shot, and after a Cougars timeout, Lake Higdon got two free shots for MA with 1:33 left in the game.