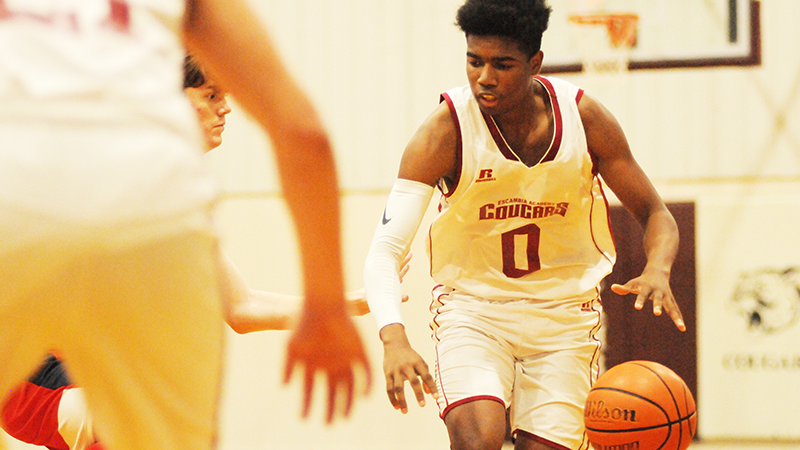 Sticking with the game plan.

That’s what Escambia Academy did in a 76-55 victory over Lowndes Academy in the AISA Class 2A Elite 8 Tournament on Tuesday at the Multiplex in Montgomery.

The Cougars led 22-21 at the break, but stretched its lead with the help of quality shooting and good defense.

Smith said a bunch of the other players on the team stepped up and played well in that moment.

“We just stuck to our game plan, and played hard on defense and limited them in the second half,” he said. “It was extremely important to stick to the game plan.”

With the victory, EA advances to play Autauga Academy in the state semifinals tomorrow night at 7:30 at the Multiplex.