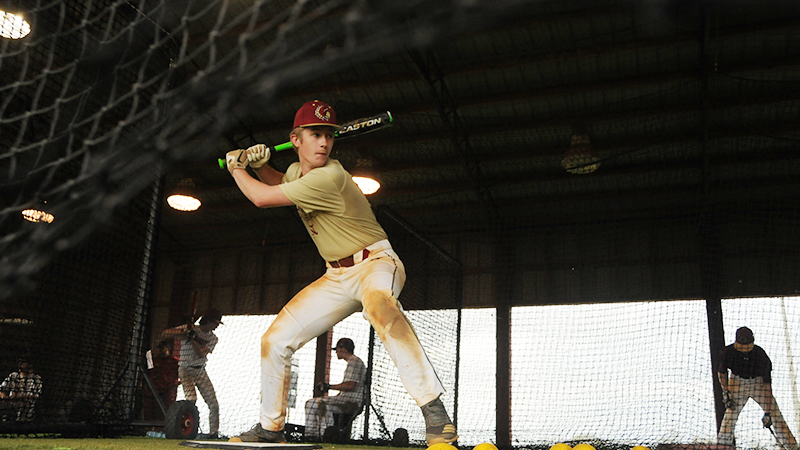 The Chiefs’ varsity baseball program, especially this season and in the future, looks great because 16 freshmen came out this season and several are set to play at the varsity level, the coach said.

“We are young, but we will be very competitive this year,” Greenwell said. “Our goal is a district championship.”

The Chiefs are in Class 1A rural this season with Jay, Fla., Baker, Fla., Laurel Hill, Fla. and Central, Fla.

“Adam has been our starting catcher for the past three seasons,” Greenwell said. “Adam is at the level to shut down any opponent’s run game. He will really limit what other teams can do to us from a small ball standpoint.”

Greenwell said Burke will be used as an outfielder.

“Dalton has a great baseball IQ,” he said. “He knows how to make small adjustments based on the batter and is doing a great job directing that from center field.”

“Ben is a utility player that we can move around anywhere on the field,” he said.

Greenwell said he believes the program is at a point where it can make a run in the playoffs. Last season, the Chiefs didn’t make it past the regional semifinals.

“Under FHSAA rule, it’s still the top two teams out of the district tournament that make the playoffs,” he said. “And once a team is in the playoffs, anything can happen in baseball. Our goal for this season is a district championship, and to make a run in the playoffs.”