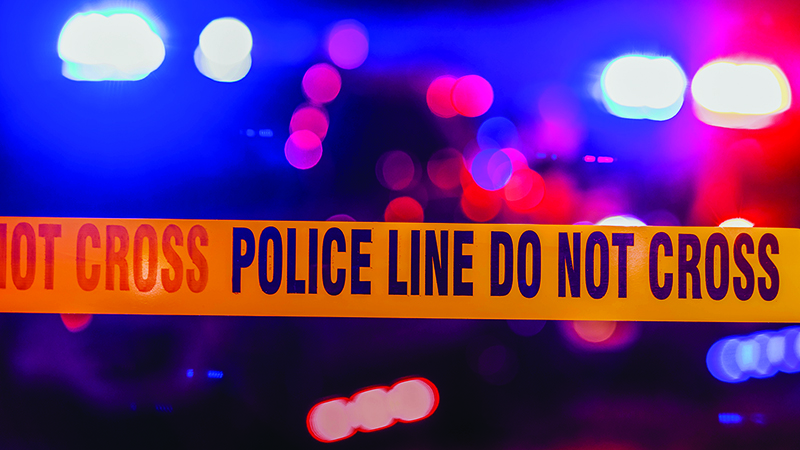 Shown is a graphic of a yellow police line do not cross tape. This is not from the scene of the South Canoe Road incident today. | Submitted photo

Five adults and one juvenile were arrested after a shots fired complaint on South Canoe Road Friday afternoon, according to the Atmore Police Department.

Chief Chuck Brooks said in a press release that earlier today at approximately 12:29 p.m., the APD received a 911 call in response to shots being fired on South Canoe Road.

“Officers immediately responded to the location to investigate. When officers arrived, they encountered several males claiming they had been shot at,” Brooks said in a release. “While questioning the males, a juvenile gave a wrong name to officers and was subsequently arrested for the offense. While in police custody, the juvenile received another criminal charge of criminal mischief III due to damaging the police rear window. “

The names of those adults being charged haven’t been released by the APD.

Brooks said in a release that during the arrest of the juvenile, the scene escalated after the juvenile’s mother arrived.

“During the arrest of the juvenile, the child’s mother arrived on scene and was observed arguing with a nearby neighbor,” he said. “Officers instructed the female to stop arguing with the neighbor and come to their location. The female refused to cooperate and became extremely belligerent with officers. Officers arrested the female for disorderly conduct and resisting arrest. While arresting the female, the officers were charged by the other males that were being detained. The officers on scene at that time called for additional police officers to assist.”

Brooks said the APD continues to investigate the original complaint of shots being fired. Additionally, the APD encourages those with any information to contact the department at 251-368-9141.