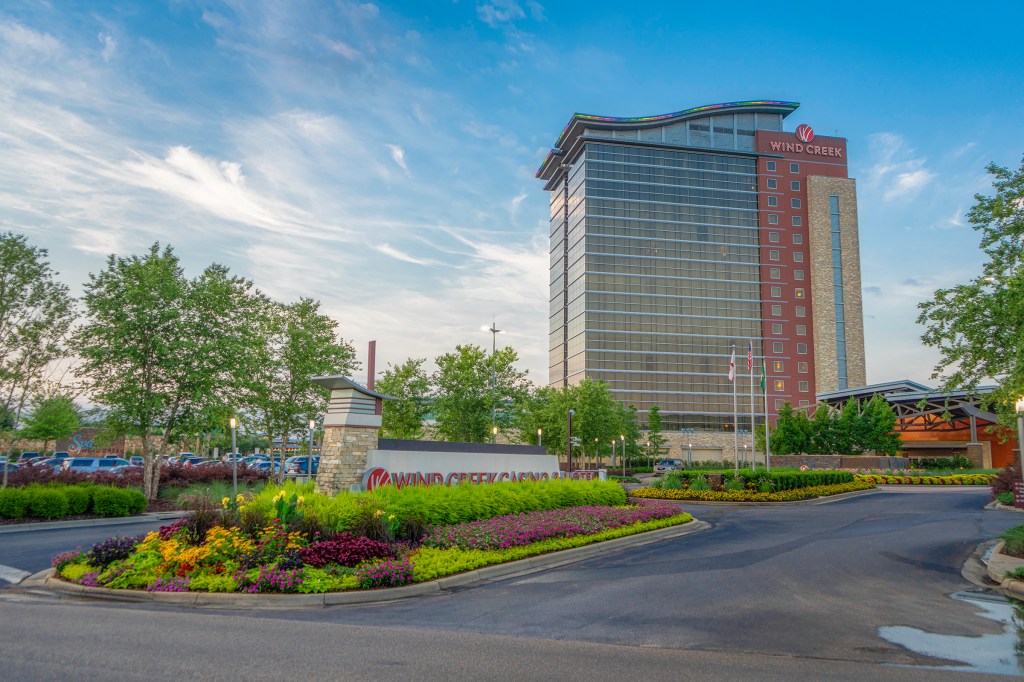 Wind Creek Hospitality is celebrating its 35th anniversary this month, according to a release.

The gaming entity of the Poarch Creek Indians (PCI or the Tribe) opened its first gaming facility, Creek Bingo Palace, in Atmore on April 13, 1985.

Thirty-five years later, WCH is an international gaming and hospitality operator with 10 properties around the world.

Federal recognition ensured PCI the promise and the right of self-governance – something it has done for 573 tribes around the United States, according to the Bureau of Indian Affairs.

Lacking the education and money needed to fund their newly recognized government, PCI (like many tribes before) looked to gaming as a viable, smart investment for its future.

When Creek Bingo Palace opened its doors – just eight months after the Tribe received federal recognition – the facility drew patrons throughout the Gulf region and provided 130 jobs. The building was not flashy and was often crowded, but employees and guests created a strong community around paper bingo. By 2003, PCI was operating electronic bingo gaming at three locations in Alabama. It was a monumental accomplishment for a small, rural Tribe with few resources and no experience. It was a testament to hard work and the shared belief that success in gaming would create much-needed opportunity for all.

Three locations in less than 20 years was not only a mountaintop – it was the beginning of a new climb and a taller mountain. Tribal and PCI Gaming leaders charted a path for responsible growth that surpassed expectations:

Between January of 2009 and May of 2019 (only ten years), WCH built and/or purchased a total of ten gaming facilities around the world! WCH now provides nearly 6,900 jobs; that number is higher when vendors and contract workers are factored in. WCH has never wavered in its commitment to giving back and creating opportunities for all. WCH has donated millions to deserving nonprofits, schools, first responder units and organizations who are making our communities better places to live, work and play.

PCI is a prime example of the progress federal recognition can lead to. The Tribe has a stable government that provides for education, recreation, public safety, healthcare and economy. The Tribe would not be where it is today if its leaders of yesterday had not invested time and energy to make gaming a success.