Round of severe storms slated for Sunday 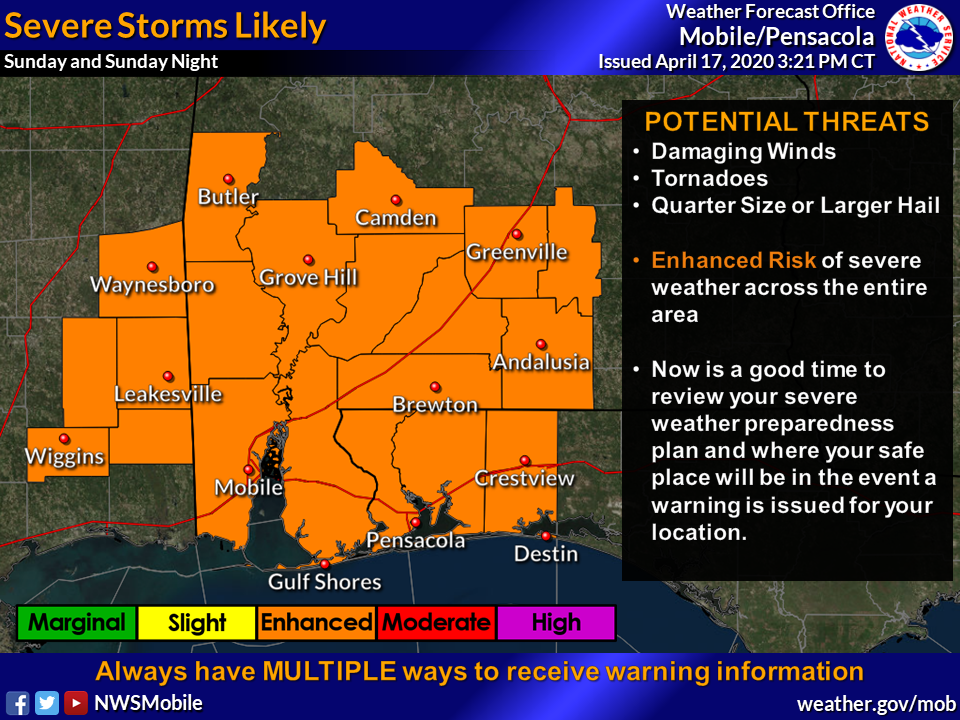 A round of numerous thunderstorms are forecasted to develop during the day on Sunday and into the evening in the Atmore area, according to the National Weather Service.

Meteorologist Timothy Cermak said some of the storms will likely be severe and capable of producing damaging straight-line winds, tornadoes and large hail.

“As such, the storm prediction center has placed the Atmore area under an enhanced risk (level three out of five) for severe thunderstorms,” Cermak said. “There will also be a limited risk for locally heavy rainfall and some minor flooding issues with these storms, particularly for your more susceptible low-lying and urban areas. Storms are expected to exit the area to the east late Sunday night, likely after midnight.”

Additionally, Cermak said the NWS is expecting breezy conditions during the day on Sunday, outside of the storms, with winds gusting at approximately 25-35 miles per hour.

“These winds can down small branches and blow around loose, unsecured objects,” he said.