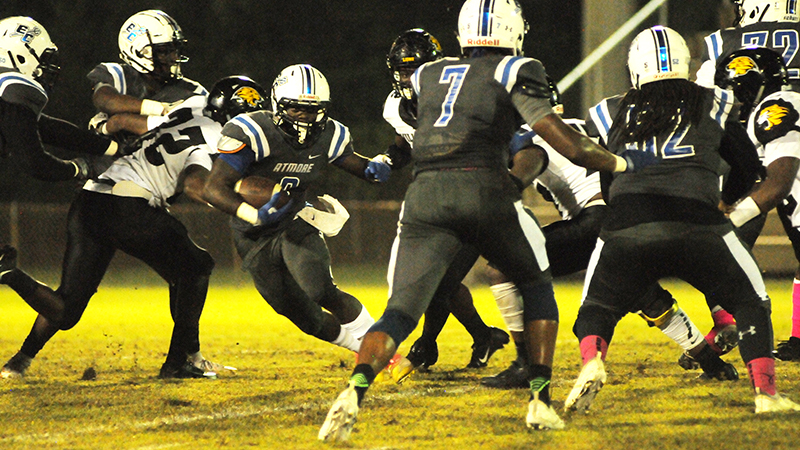 Summer workouts, a handful at a time, will begin for Escambia County’s football program on June 8.

ECHS head football coach Scott Mason said May 29 that the new plan is to bring in a few at a time. Because of the COVID-19 pandemic, new guidelines are in place to help prevent the spread of the virus.

“We can only have 10 people in an enclosed area at a time,” Mason said. “We’re going to have to practice social distancing, of course at a six-foot minimum. Before we bring the kids in, we’re going to have to take their temperature and make sure all of the equipment is cleaned after each kid uses it.”

Mason said each player will have to maintain a six-foot area between all of the other players working out.

“After we take nine kids and a coach through, we’re going to clean everything and then begin with nine more,” he said.

Mason said the workout inside will last about an hour, and at the same time, players will be working on agility drills outside.

Mason said each player and the coaches’ temperatures will be taken with a digital hand held thermometer that doesn’t touch the skin.

“We’ll just aim it right at the forehead and we won’t have any contact with the player at all,” he said.

Two months of summer workouts are used for fall and winter athletes to get in shape for their upcoming seasons.

On the fall football season, Mason said he hasn’t heard anything from the Alabama High School Athletic Association on what it looks like.
“I think the Alabama High School Athletic Association is waiting on another release from Dr. (Eric) Mackey from the state board of education,” he said. “They’ll get with (AHSAA Executive Director) Steve Savarese and they’ll release what their guidelines are for us and then will release what this practice schedule is going to be.

“As of right now, nothing has changed,” he said. “We’re just pretty much waiting on what our guidelines will be.”