An Atmore man was arrested and charged today with murder in connection with a shooting death of another, according to the Atmore Police Department. 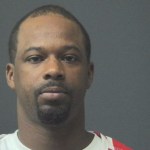 Chief Chuck Brooks said in a release on today, June 4, the APD made an arrest in response to a homicide, which occurred on April 25, 2020, at the Patterson Street Apartments.

Brooks said Antonio Albert Crenshaw, 38, of Atmore, has been charged with murder for the death of Desmond Deshun Dirden, and was booked into the Escambia County Detention Center in Brewton.

According to Atmore Advance archives, the APD received a 911 call stating that a person had been assaulted by what appeared to be a gunshot and stab wound on April 25.

Brooks said the arrest came after an extensive investigation conducted by APD investigators.