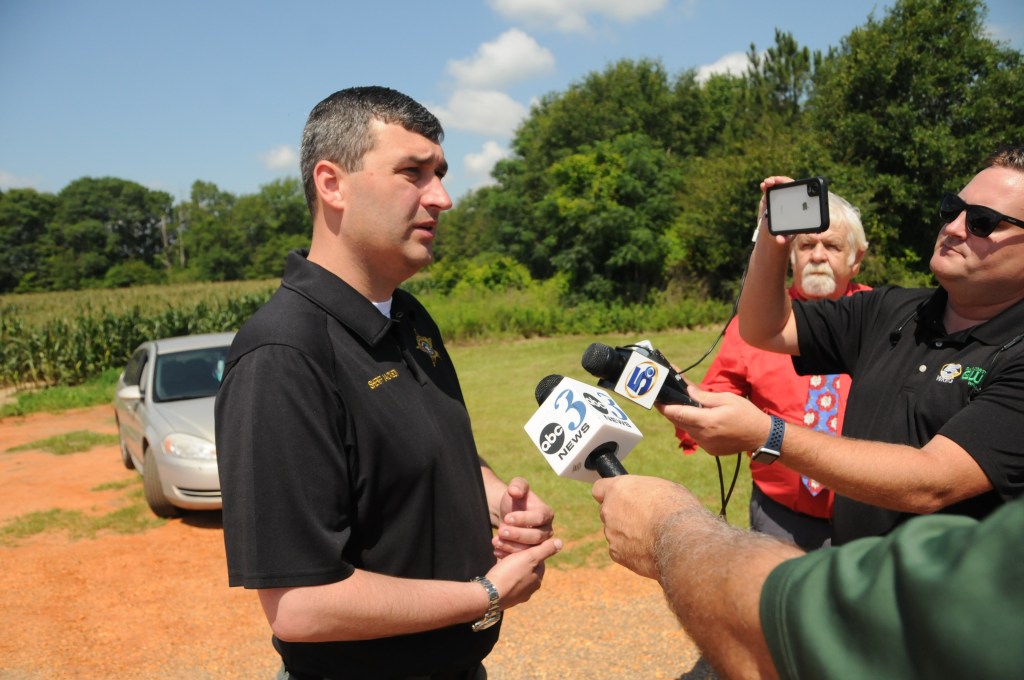 An Escambia County, Ala. man died in a single-engine airplane crash Tuesday morning near a residence off of Gideons Lake Road, according to officials.

Sheriff Heath Jackson confirmed that someone died as a result of the crash.

“This morning at about 7:30 a.m., the Escambia County Sheriff’s Office received a call of a single-engine plane crash that had went down,” Jackson said. “At that point, we dispatched emergency personnel and responders to the site. At about 8:10 this morning, we discovered the crash that was in a gravel lake area on land in the bushes.

“We located a single-engine plane that went down,” he said. “At that point, the pilot was located and he was deceased at the scene.”

Jackson said the ECSO is working the death investigation, and the Federal Aviation Administration has been notified.
When asked about the terrain where the crash occurred, Jackson said it looks to be an old gravel lake area, where sand and rocks had been removed.

“There are a lot of grown up areas in it,” he said. “It was kind of difficult to get to where it’s at, but we have been able to get in there to where the plane is to conduct our investigation and make sure everything is taken care of.”

Jackson said the identity of the pilot will not be released until all kin have been notified.

The sheriff said he’d describe the plane as a crop-dusting plane.

Jackson said at present, authorities are trying to clear out a good path to get to the plane.

Jackson said there was no fire as a result of the crash.

“The sheriff’s office will conduct the death investigation, and the FAA will investigate what caused the crash,” he said. “We have a good working relationship with them. Our main thing is that this whole process with the family be smooth. They deserve for us to go the extra mile. We want to give the family time to pull themselves together.

“This subject was a good man in the community,” he said. “Escambia County lost a good man today.”
More information about this story will be updated.