Fourth of July Festivities during Covid-19 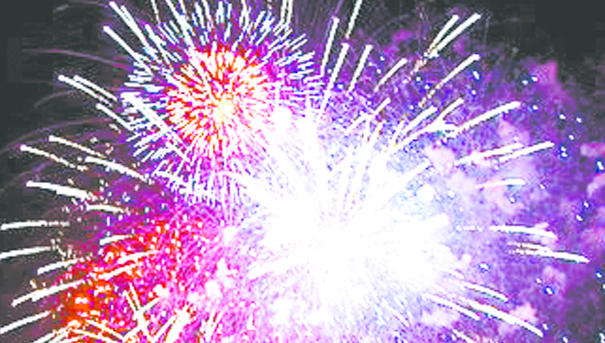 Poarch will be holding multiple celebrations on New Years.

UPDATE: The Flomaton, Century and Pensacola, Fla. fireworks shows have been canceled.

In order to commemorate the birthday of the United States, many Americans celebrate with numerous cookouts, firework shows and get togethers with family and friends.

Due to circumstances created by COVID-19, various Fourth of July festivities have been altered or even postponed until next year in the area.

Century, Fla. Events Coordinator Emily Easterling said the town will not be hosting or participating in any Independence Day events this year. As indicated by Joe Thomas, editor of the Tri-City Ledger, Flomaton is halting annual events as well as East Brewton.

However, the Pensacola Beach Chamber and the Santa Rosa Island Authority plans to mark the occasion by having a firework show on the beach of Pensacola, Fla. The display will be shown along the Pensacola Beach Boardwalk and Santa Rosa Sound. The show will begin at 8:30 p.m., and it’s recommended to arrive early to ensure a nice spot.

According to the Official Florida Tourism Industry Marketing Corporation, Sertoma organizations will be hosting for the 31st year the largest fireworks show on the Gulf Coast over Pensacola Bay. The show will start at 9 p.m. and Fourth of July celebratory events will be held throughout the day, starting from 11 a.m. to 6 p.m.

The Sertoma organization will be hosting activities in Seville Square. Festivities will include a free children’s area with inflatables, a rock climbing wall, face painting, pony rides, and much more.

Beginning at 11 a.m., live entertainment will be provided on the gazebo stage. Arts and crafts vendors will also be present along with food vendors.

A hot dog eating competition will start at noon and it is suggested that participants should sign up early. Beginning at 4:30 p.m., live music will be held on the Bayfront Stage. Festivities will conclude with a firework show over Pensacola Bay which will be synchronized with music from Cat Country 98.7.