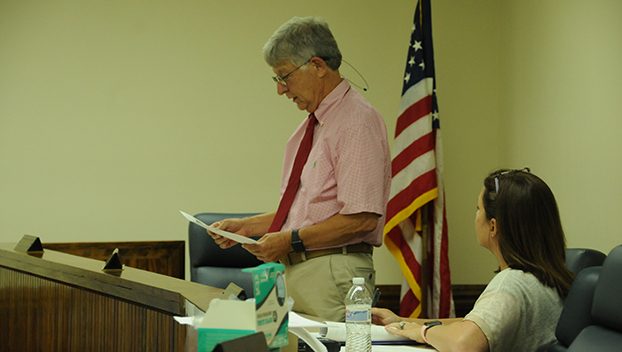 The Atmore City Council adopted a resolution July 1 stating its support for a project that could bring a new ag facility to the city.

According to Atmore Advance archives, the facility will have a capital investment of over $82 million and will create at least 100 new fulltime jobs. The city, in partnership with the state of Alabama, is trying to land the industry in Atmore and is offering tax abatements and land for the construction of the facility and a railroad spur to service the plant.

Economic Developer Tuscon Roberts said during the council meeting that this is not an announcement.

“What we’re looking for today is concurrence so we can begin the process of grants, paperwork and industry and giving the mayor the authority of an enducement letter,” he said.

Roberts said right now, more than 100 farmers are in support of the project.

“That is a considerable amount of support,” he said. “This allows them to make more per ton on the produce than by selling in conventional means.”

According to city officials, the state of Alabama is offering cash rebates for jobs credits and investment tax credits for the capital investment in the state. Additionally, the state is offering direct cash reimbursement for training costs and additional services by the Alabama Industrial Development Training office, according to a release.

Roberts said the project isn’t dependent on grants, but if the city does get a grant, it’ll be used toward a bigger project in the industrial park.

“We’ve had several economic impact studies done on this,” he said.

“We’ve had other economicetric groups look at this.”