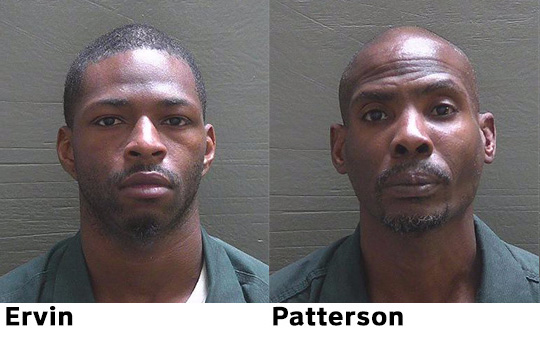 Florida State Attorney Bill Eddins announced July 8 that Maurice Montraye Ervin, 27, of Atmore, was sentenced to a minimum mandatory 10 years in prison followed by 36 months of probation for robbery armed with a firearm, aggravated assault and grand theft.

According to a release, Ervin pled guilty to the charges. He was sentenced by Circuit Judge W. Joel Boles.

Ervin will have to serve the 10 years in prison day for day with no reduction in the sentence, according to the state attorney’s office.

According to a release, on Oct. 29, 2019, Ervin, at the time an employee of Piggly Wiggly on Highway 97 in Walnut Hill, stole over $900 from one of the registers. When confronted by the manager, he fled the store.

Then, on Dec. 4, 2019, Ervin returned to the same Piggly Wiggly with a mask and firearm, the press release said.

He pointed the firearm at the clerk and told her not to move. He proceeded to the safe, stealing several thousand dollars. Although masked, the clerk recognized the voice of the former employee. Ervin later admitted to committing the crimes.

Ervin did not have any criminal history prior to both of these incidents. After serving the prison sentence, Ervin will be required to pay Piggly Wiggly restitution as a condition of his probation.

According to reports, Johnny Cecil Patterson, age 46 of Atmore, is awaiting trial on charges of first degree accessory after the fact robbery with a firearm and grand theft. Patterson allegedly drove Ervin to the Piggly Wiggly and served as the getaway driver.

The investigation and arrest were conducted by the Escambia County Sheriff’s Office. The case was prosecuted by Assistant State Attorney Jeremiah Monahan. For further information, please contact Mr. Monahan at 850-595-4200.

Weekend weather: Hot with some rain