A Florida man turned himself into authorities after being indicted by an Escambia County grand jury on theft and ethics violations, according to the Escambia County Sheriff’s Office. 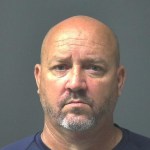 Sheriff Heath Jackson said in a release that Coy Franklin Campbell Jr., turned himself in today, and was released on a $25,000 bond. He has been given a court date set for Aug. 27, 2020.

Campbell was indicted on charges including seven counts of possession of a forged instrument; one count of ethics violation or using position for personal gain; and one count of theft of property III.

Jackson said the charges stem from a criminal investigation into the handling of money that was collected during sporting events that took place during the 2019-20 school year.

Jackson said Campbell served as a coach and assistant principal at W.S. Neal; and is the head baseball coach at Flomaton.

Superintendent John Knott said the school system is cooperating fully with the investigation.

“Since this is an ongoing investigation, we can’t comment on the matter,” Knott said.