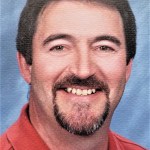 He was employed at Eglin Air Force Base as a cyber security administrator contractor and was an avid fisherman and Alabama football fan.

His was preceded in death by his father, Richard D. Hetrick.

He is survived by his mother, Sherry A. Hetrick of Atmore; his wife, Becky Hetrick; his son, Stephen Joe (Ashleigh) Hetrick of Austin, Texas; his brothers, Richard (Alicia) Hetrick of Brewton, Jeff (Carla) Hetrick of Las Cruces, N.M., Joey (Connie) Hetrick of Bratt, Fla. and Christian (Mollie) Hetrick of Florence; and his grandchildren, Declan, Lilly and Simon.