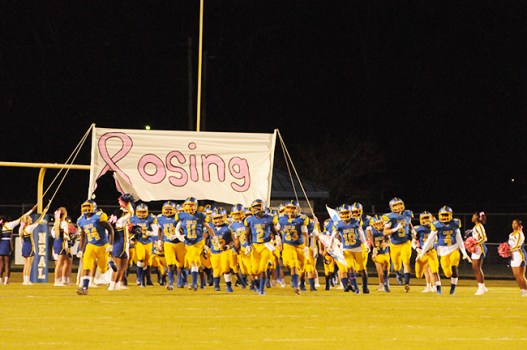 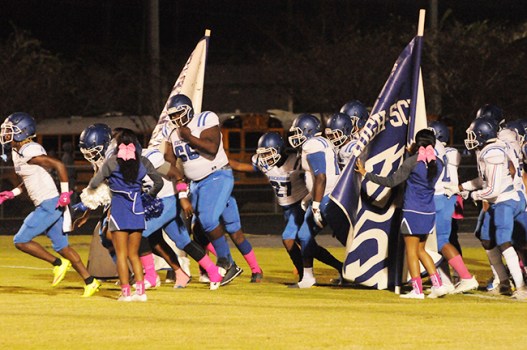 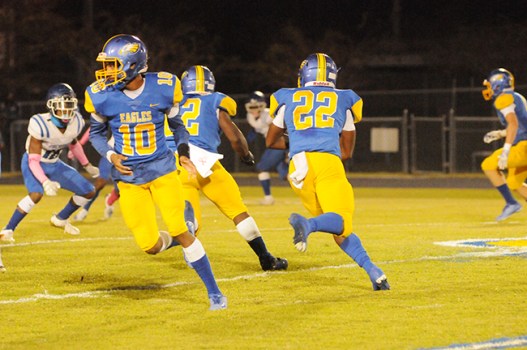 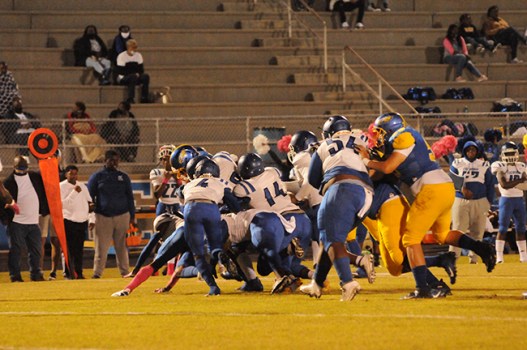 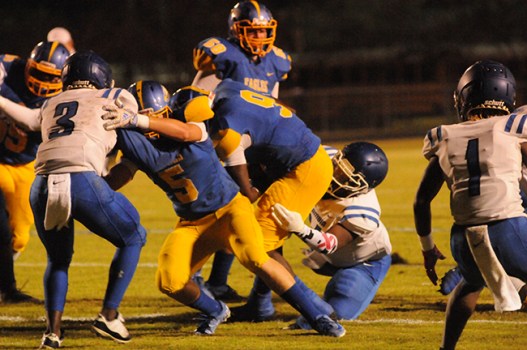 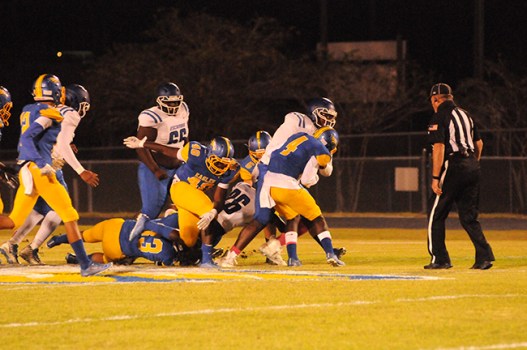 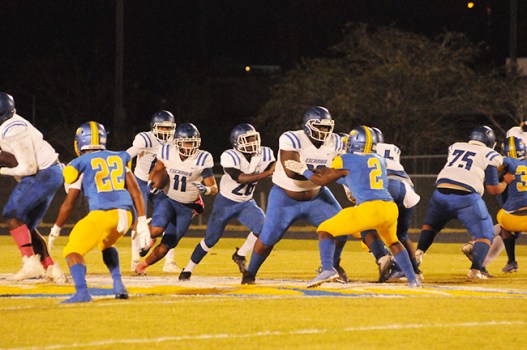 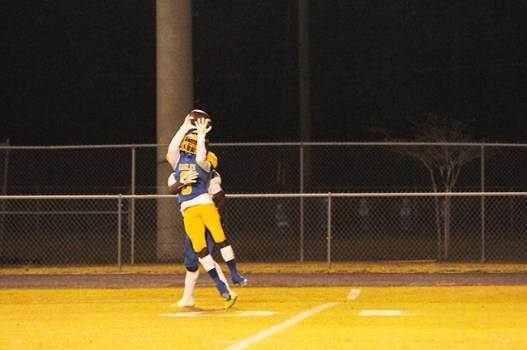 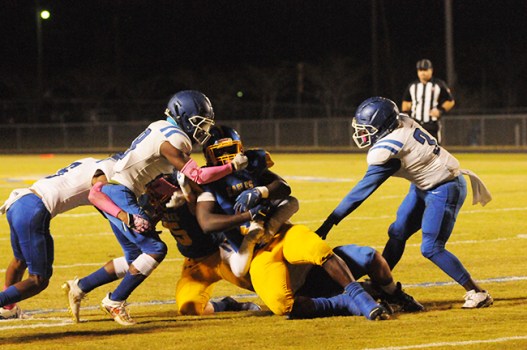 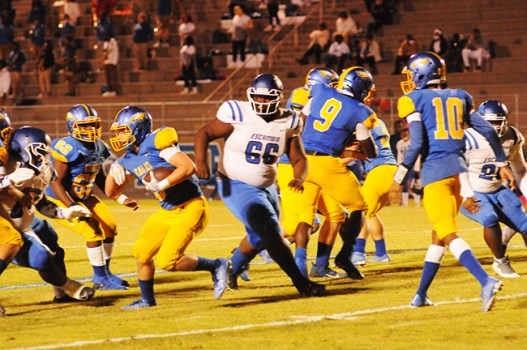 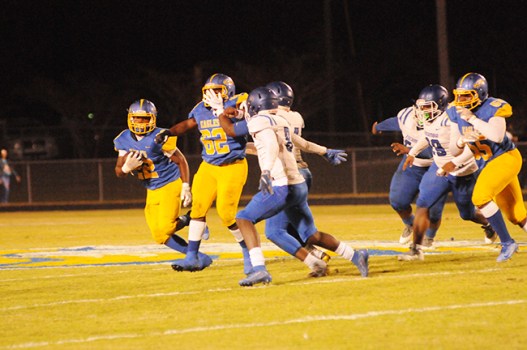 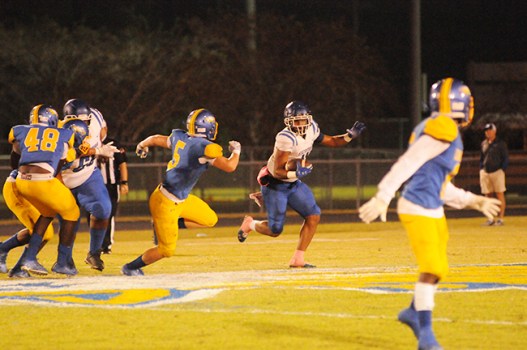 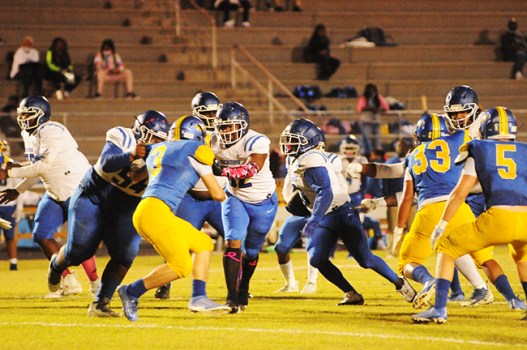 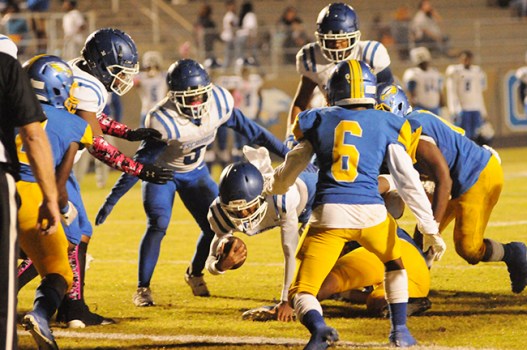 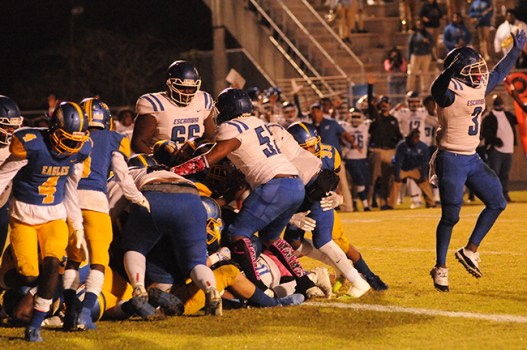 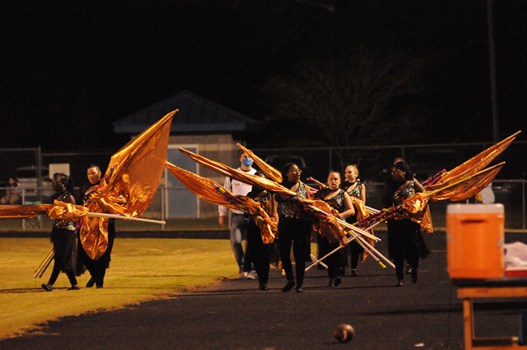 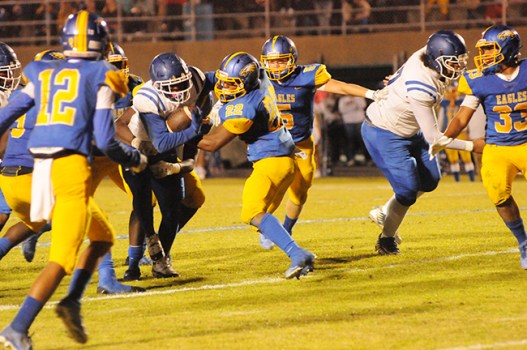 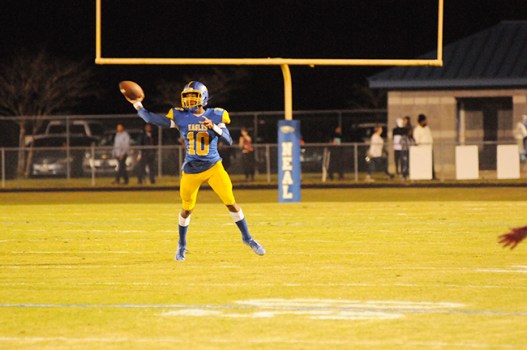 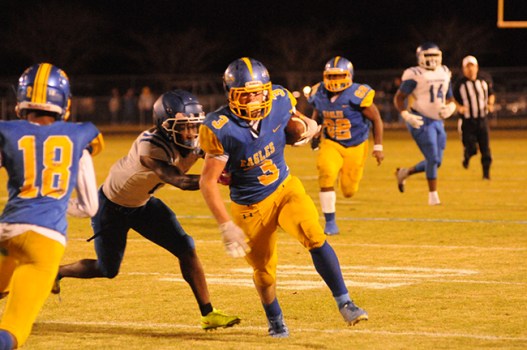 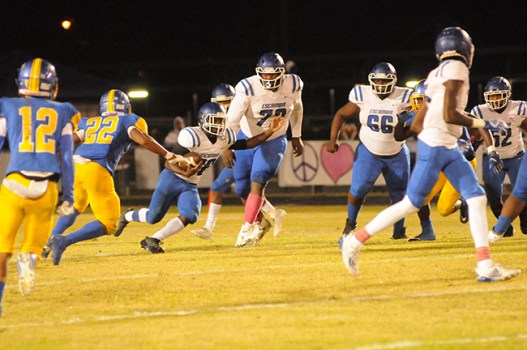 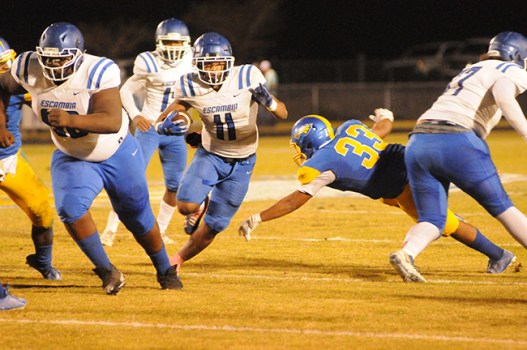 Taking control of the game early and late, W.S. Neal went on to beat Escambia County 20-9 in a region and homecoming contest tonight.

The Blue Eagles scored midway through the first quarter after a defensive stop, and battled through the start of the fourth quarter, where they put together a long drive to put the game away.

“We weathered the storm,” WSN head football coach Andro Williams said. “I’m proud of our guys and the way we finished the game, and doing what we had to do.

“It’s a process,” he said. “I’m glad we’re getting an opportunity to learn life lessons. That’s what we’re continuing to do. The kids, now, are dealing with things in society nowadays. We’re not only teaching them about football, but teaching them life lessons.”

Ahead 14-9 with 10:05 left in the fourth, the Blue Eagles needed a good long drive to eat clock and create some insurance.

Senior running backs Isaac Bonam and Joe Carroll had good runs, and quarterback Alex Alvarez connected with Gavin Leggett on a 34-yard pass during the drive. Alvarez added a 11-yard run, and a short time later, DaShawn Smith scooted the rock in from 5 yards with 3:43 to go. The 2-point conversion was no good.

Williams said the coaches challenged the offensive line to come out and finish on the last drive.

“Hats off to the offensive line,” he said.

Alvarez connected with wide receiver Taylor Watson for a 10-yard touchdown pass on a third-down conversion with 4:36 left in the first quarter.

ECHS, who was vying for a shot in the playoffs, took advantage of a roughing the kicker play more than halfway through the second quarter and drove the short field to cut the game to 7-6 with a 1-yard score from quarterback Jacobey James. The extra point was no good.

Trailing 7-6, the Blue Devils attained their only lead with a 32-yard field goal from senior kicker Aaron Calva, thanks to a turnover off of the opening kick off of the second half.

The Blue Eagles then answered with a 2-yard touchdown rush from Bonam with 6:14 left in the third quarter.

Mason said he felt like a good game plan was installed, but WSN did a good job of controlling possession. The Blue Eagles held the ball more than 23 minutes.

Mason said not having the means to get outside of the box hurt the Blue Devils tonight.

“We’re built to stop the spread team,” he said. “They held the football. We’re young, and we’re making mistakes, but it’s going to get better.”
Alvarez went 5-of-8 for 122 yards and a score to lead the Blue Eagles.