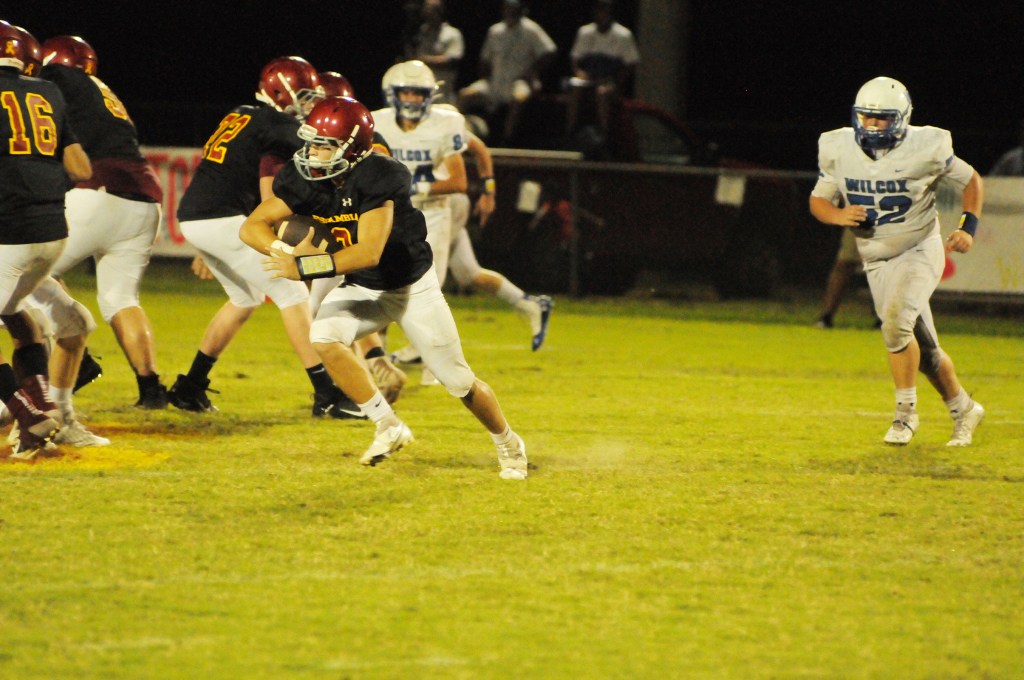 The Cougars were led by quarterback Landon Sims and running back Bubba Nettles, who accounted for four touchdowns in the win. Sims added two field goals in the first half.

With the victory, No. 3 EA finishes the regular season 8-1. The Cougars head into the first round of the AISA Class 2A playoffs next week at home against Springwood.

Sims helped EA get on board first with a 1-yard touchdown run, and the Cougars led 7-0 at the end of the opening quarter.

Bessemer answered in the second, but the Cougars blocked the extra point to make it 7-6.

Sims added two field goals later from 37 and 24 yards in the second quarter, and EA led 13-6 at halftime.

On the opening drive of the second half, Nettles rushed in from 58 yards to put EA ahead 19-6, but BA scored with 3:07 left in the third.

EA’s Caleb Davis put together a big stop on another 2-point conversion try for BA, and the Cougars ended up leading 19-12 going into the fourth.

Sims added another touchdown, and Nettles converted a pass to Maliki Haynes for a 32-yard score to put the game way out of reach.

“To me, it was just a team effort,” EA head football coach Hugh Fountain said. “We told them that we had to win the game on special teams. And we did. We hadn’t kicked many field goals all year. We played well on both sides of the ball. I think it was pretty balanced on offense and defense, and we just hustled throughout.”