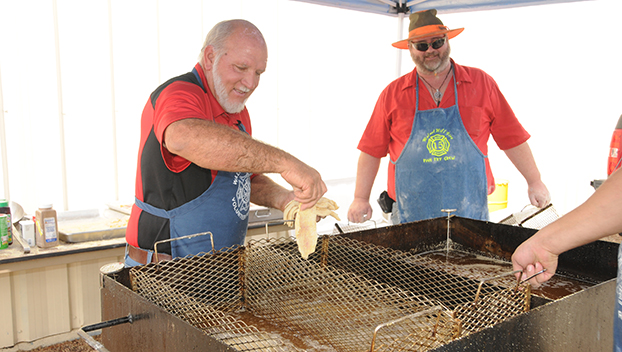 WHVFD Jerry Steege said Saturday morning that he prepared for 800 plates this year. According to event officials, 820 plates were sold at the fundraiser.

The fundraiser is held each year to raise funds for equipment, and for families who may be in need of a donation.

The fundraiser served mullet during its first years between 1969 to 1981, but went to catfish going forward, Firefighter Arthur Levins said in 2019.

Steege said planning for the fundraiser began in early October. The event was so big, he worked on the logistics for it every day, he said.