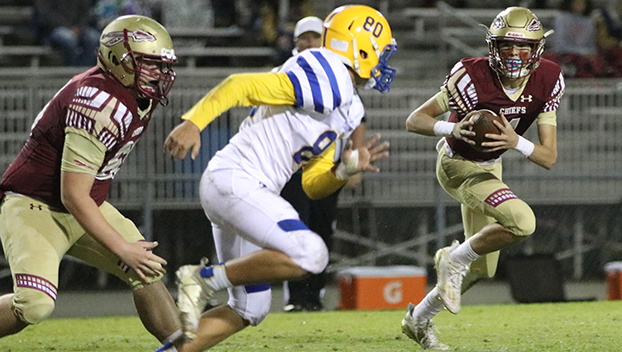 NHS led 6-0 in the first quarter, 19-6 at halftime and 26-6 at the end of the third quarter. The Chiefs added one touchdown in the fourth, and CHS scored late.

Chiefs head football coach Wes Summerford said even though the boys got off to a slow start, they responded well.

Summerford said after some time, the game started picking back up.

“We got to 32 points, and the kids, they think we’re struggling when we don’t score so fast,” Summerford said. “We didn’t have the long yard, one-play touchdowns this game. That was a different feel for our guys.

“I thought the guys responded well in the second quarter, and were able to score right there before halftime,” he said.

Summerford said at the “lull” part of the game, the seniors stepped up and took control.

NHS improves to 7-1 on the season.