Stems from Nov. 27 shooting that occurred on Harris Street

Police officials are looking for the suspect wanted in connection with the alleged shooting of an Atmore man on Nov. 27, according to a release. 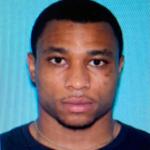 Brooks said Dailey is wanted by the department for murder.

“Dailey remains at large and is considered armed and dangerous,” Brooks said.

Brooks said the APD is encouraging anyone with any information concerning the whereabouts of Dailey to call the department at 251-368-9141.

On Nov. 27, the APD received a 911 call to a residence on Harris Street in response to a person being shot.

Brooks said APD officers responded to the location and made contact with a male victim with a gunshot wound to the upper body.

The male victim was transported to Atmore Community Hospital where he later died, Brooks said in a release.

Brooks said the victim was 17 years old of Atmore.

“Atmore police learned from witnesses at the scene the male victim was sitting in the back seat of a vehicle parked at the above address when a lone suspect entered the property,” he said. “APD investigators were told the gunman then fired into the car striking the victim.”