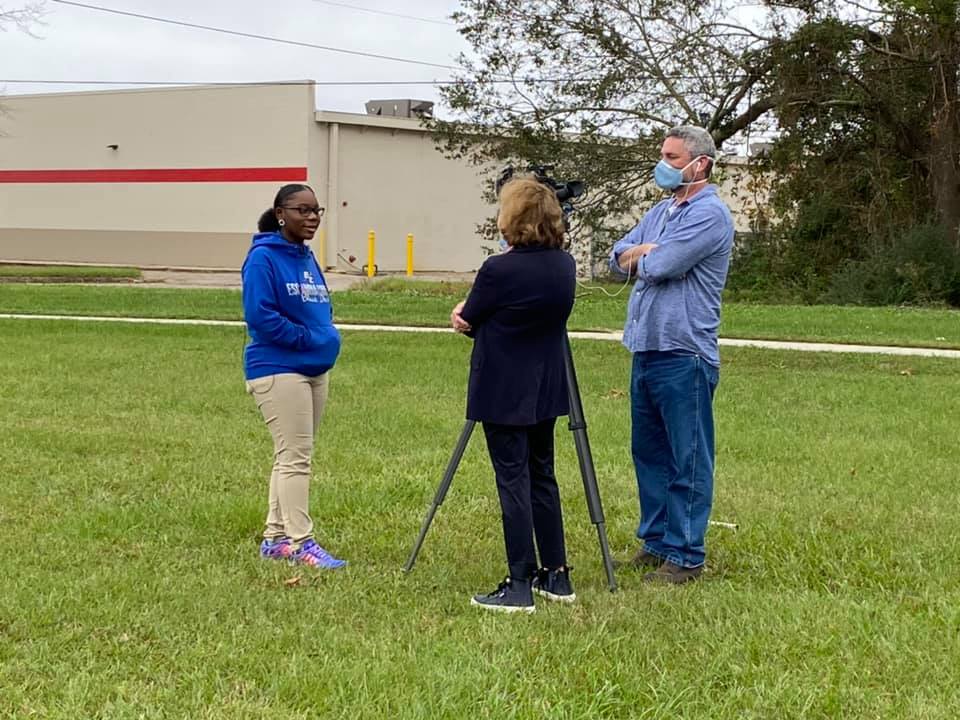 Shown is a student in the NAF Academy being interviewed for a documentary. | Submitted photo

Escambia County High School’s first semester of its NAF Academy will soon end as students present a project to culminate all they have learned this fall.

The current semester began in August 2020, and instruction was based on information technology, Academy Director Leslie Sellers said.

“Right now, we have eight students,” Sellers said. “COVID had a lot to do with the numbers being so low. We’re going to implement strategies to increase numbers in the class and group.”

Despite the restrictions, Sellers said most of everything has been done in the classroom.

“We’ve done a lot of hands on things,” she said. “The NAF program provides virtual speakers and programs I can use to bring in career information to incorporate with that.”

“This semester, they’re designing their own dream technology program or system, where they create a situation in which they would need a bang up good system to do whatever they want,” Sellers said. “They’ve got some really neat ideas. They’ll have to present it if it was during a career where money is being spent.”

Some two weeks ago, photojournalists Nancy Mathis and Ben Raines visited the school to begin filming a documentary chronicling the program over a four-year period, Sellers said, adding that Mathis – through the Poarch Creek Indians – helped set up NAF at the school.

“They’ll do this periodically over the next couple of years,” she said. “When we have fully implemented the program, we’ll have a documentary that NAF will use for our community.”

Sellers said next semester, the curriculum will be centered around computer systems.