Uptick of phone scams in Atmore 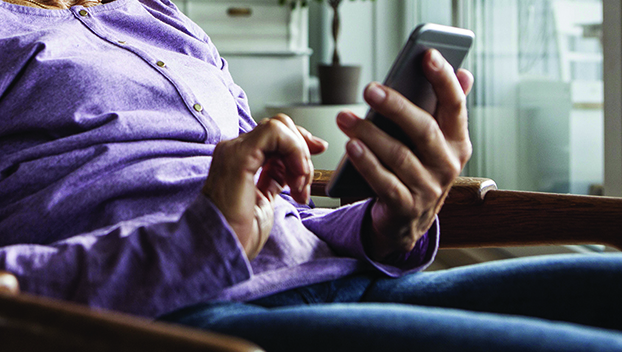 Atmore police officials are warning residents about an uptick of phone scams.

Chief Chuck Brooks said the city is starting to get a lot of scams from telephone calls, adding that there are different variations.

“The one that’s been recent is from the Social Security Administration,” Brooks said. “In that scam, they call and tell you your social security card has been comprimised.”

Brooks said the scammer prompts callers to dial 1 for a prompt, and then they’ll start asking for personal information.

“They use threats like if you don’t take care of this, you’re going to be in trouble,” he said. “The end result is the scammers either ask you to wire money to them to take care of the issue, or they ask you to send them numbers off of a green dot card or some type of card like that.”

Brooks said this particular scam has been problematic for the department.

When asked how many have been called, Brooks said one of his investigators event got a call on Wednesday.

“I have had at least five on my personal cell phone,” the chief said.

Brooks said the scammers aren’t targeting one demographic or age, “it’s everybody.”

Brooks said the APD had a case recently where a large sum of money was wired out, but the person got their money back, minus a little bit.

“We were able to jump on that pretty quick,” he said. “Great work from one of the bakns that helped us out with that.”

Broks said this has become such a problem he’s afraid someone will get hurt really bad financially.

He said it’s hard to say where the scammers are calling from because they use apps to hide numbers or make them look local.

“Another variation of this scam is a younger person will call and say, ‘hey I’ve been arrested. Grandma I’ve been arrrested.’ Once they say that, the grandparent will say, ‘Bill or Bob, are you OK?’ They’ve got a first name now and they can play off of that.”

Additionally, Brooks said some scammers call and tell folks they have a warrant for their arrest and to pay over the phone. This is not the case, he said.

“There is no law fnvorment agency in the country that will solicit money off of you over the phone,” he said. “We’ll call you and say you have a warrant for your arrest and you need to turn yourself in. We will never ask for personal or checking account info as well.”

Brooks said his advice is for everybody to just immediately hang up.

“If you get a call from anybody, hang up,” he said. “Just hang up. As far as the Social Security Administration, if they have a complaint, they’ll send you a letter for you to call them.”

Another scam people like to take advantage of this time of year is when people out of town offer to repave or resurface driveways or paveways.

Brooks said if someone comes to your door, ask them for a city business license.

“Usually, if you ask them for a city license, they’ll get back in their truck and leave,” he said.

Brooks also reminded residents to lock their car doors at night and hide any vaulables.

And, if if you can’t get through at all via the regular landline numbers, call 911.