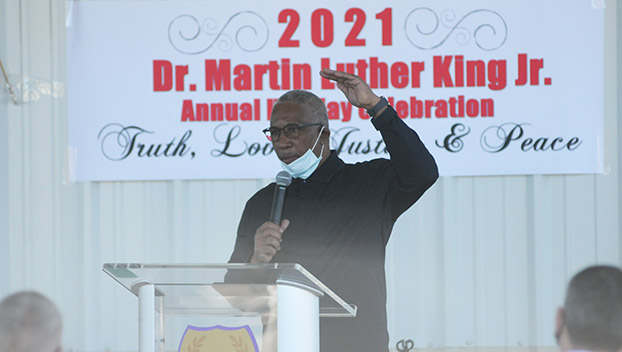 The annual celebration is sponsored by the Concerned Citizens of Atmore, and is held to honor and remember the legacy of King.

King was educated at Moorehouse College, and received his doctorate at Boston College. Johnson noted that King began his college education at 15 years old.

“He was given the call to be a Baptist minister, a prophet,” Johnson said.

“He (King) was thinking as Jesus Christ,” he said. “Until we continue to change our thinking, we can’t change our purpose.”

Johnson said King was a role model to all.

“Dr. King was a man who gave people hope who had no hope,” he said.

Of all the good that King gave to the world, the greatest thing to take away from him is to love thy neighbor as theyself, Johnson said.

Notable quotes by King were said during the celebration, along with musical selections.