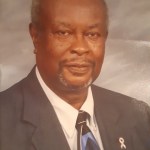 He was a faithful member of Second Avenue Church of Christ in Lewisburg, Tenn.

He was a retired professional truck driver for many years for State Stove Trucking Co. and McClean Trucking Co.

Private memorial services will be held and arrangements are entrusted to Mayberry Funeral Home of Atmore.